Hide Search
You are here: Home / Jesus Through all of Life / #7 Jesus and Parenthood
Reading Time: 5 minutes

A family is a culture. It’s a colony with citizens. It has its own language, customs, laws and religion. The constitution for this government is written by God and revealed in His word.

The head of each family is the husband and his wife, the chief advisor. The subjects of this tiny realm are children – children who are raised under the guidance and nurture of their parents to grow up and establish families of their own.

Whether it is asked out loud or not, the question is, “What kind of culture will this family embrace?” It’s a question being answered every minute through the countless decisions and actions of parents.

God has made the world in such a way that parents will invariably shape their children’s worldview. And, as the world increasingly seeks to usurp the roles and responsibilities of parents, it is good for us to rethink the foundations of the culture that Christians are called to develop in their own homes.

How does God view the family? How do you view your own children?

Many churches have what we might call the “doctrine of suspicion”. That is, parents and churches look upon a child’s expression of faith with scepticism because it is immature.

So, a five-year-old boy comes up to his mum and says, “I love Jesus mummy, and when I grow up I want to tell everybody about Jesus”, and we respond with a tap on the head and an, “Aww, that’s so sweet”.

I’ve seen it first hand where an eight-year-old girl has told her parents that she loves Jesus and wants to be baptised. The parents have given it serious thought and decided that they should wait and see. This little girl thought she loved Jesus and wanted to profess that love publicly. But her parents are reluctant. And so she begins to wonder, “Do I really love Jesus the way I am supposed to?

8 years later, I get a distressed call from parents telling me that they don’t know what to do with their daughter. That her interest in the things of the gospel has waned, and she doesn’t want to get baptised at all.

What went wrong? Well, one possibility is that this family was looking for signs of maturity instead of signs of faith. 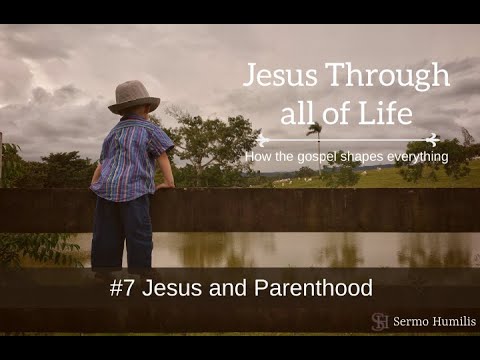 All covenants, by necessity, create an in-group and an out-group and all of us have a means of measuring who is in and who is out, often in unconscious ways.

But is the standard faith or is it an arbitrary and subjective measure of maturity?

In the early 1950’s, the Scottish Hebrides experienced a wonderful revival. After the excitement died down, the church became increasingly concerned with maintaining the holiness and purity of the revival that God had blessed them with. One way they sought to maintain the revival’s purity was to bring in some restrictions on membership.

Over time those restrictions on membership became commonplace and remain that way even today.

Having been raised in a believing household and having demonstrated years of devotion and love to Jesus, one young man was keen to become a full member of his church. And so a meeting was arranged with the elders, of which his own father was one.

In the interview, the young man was asked several questions before the elders took time out to deliberate on their decision. After discussion with the young man’s father, they decided it might be best to wait another 6 months and allow his faith to mature a little more.

As the young man and his father walked home that night, they stumbled upon a sheep stuck in a bog. The father called his son and asked him for some help in pulling the sheep out. The son responded, “Perhaps if we leave it another 6 months, this sheep will find a way to pull himself out of the bog.”

Tragically, this young man died in a farm accident 6 months later, having never been embraced by the church where he grew up and had served faithfully.

By contrast, the constant view of children in scripture is that, though kids may have differing covenantal responsibilities and levels of maturity, they hold the same covenant status as parents.

Contrary to popular opinion, the New Testament did not bring about an “Every man for himself” theology. The biblical view of families is consistently covenantal (Genesis 17:7-9)

We see these covenantal bonds applied to children in the church at Corinth (1 Corinthians 7:13-14). The pattern in Acts confirms this with the blessings of the New Covenant applied to whole households.

These blessings are based on a prior word from God, and so we see Paul drawing on these covenantal realities from Exodus 21 in his exhortation to families in Ephesians 6:1-4, to raise their children in the fear and admonition of the Lord.

The biblical view of families holds parents responsible for their children. In the Old and New Covenant, God invests parents with His authority to nurture children in the Christian faith.

These are all just species of abdication.

Parents are not to take a wait and see attitude. They are to positively guide and nurture their children in the direction of faithfulness to God’s commands, depending on His promises of grace to sinners and fully trusting that God’s grace will draw, lead and win their children. And, as puritan Matthew Henry once said, “pulling them up by their baptism”, when they stumble.

Kids will be shaped. The void will be filled. Either by a biblical worldview built into their lives by parents, grandparents, aunties, uncles and churches. Or by MTV, Disney, Nintendo and the neighbours’ kids.

Kids will either be shaped lawfully by those commanded to fulfil the task or unlawfully by scoundrels and fools.

God delights to keep covenant with families across generations, and so He has made promises to parents and their children. And we have every reason to trust God because He has made so many promises about just this thing.

We can be so pessimistic about our kids. “Wait till the terrible two’s.” “Ah, wait till they are teenagers.” And when you say, “Look what the Lord has done”, they say, “Ah yes, but you were lucky enough to have had good kids.”

But good children are not an accident. God gives everyone rotten children.

But, we are to consider not only what our children are by nature, but what they are by promise. And covenant-keeping is the result of promise-believing.

Will all be saved? No. But that does not thereby nullify the obedience required of parents.

The ordinary instrument by which God brings about saving faith in kids is the promise-believing nurture of their parents. Parents who nurture their kids and immerse them in a culture of grace and truth because they believe the promises made to them and their children.

And those promises are grounded in the Lord Jesus Christ, and we adorn our own lives through the gospel when we welcome our little ones to Christ and do nothing to hinder them, “for theirs is the Kingdom of Heaven.”

Hypocrisy is a nagging sin. It's subtle and it is sinister, often