Hide Search
You are here: Home / Life in Christendom / A City of Refuge
Reading Time: 3 minutes

Sunahan and Kahalek, two of the 35,000 Yali people of Central New Guinea, stopped their search for sweet potatoes, dropped their digging sticks and ran. An arrow whizzed past them. The target? A meal of human flesh for Heluk River cannibals.

Rather than head for the safety of the hills, they fled toward a low lying rock wall on the other side of the garden. As they neared the wall an arrow struck Kahalek and he fell, mortally wounded. There would be no escape for him.

Sunahan clambered over the wall, bared his chest and began to laugh. The raiders stopped, laid down their weapons and walked away. Why? What kind of life and death game was this?

Sunahan was standing in what the Yali call an Osuwa – a garden of refuge. Had the raiders spilled one drop of Sunahan’s blood while he stood behind that little wall their own villagers would have punished these Heluk River men with death.

5,000 miles away in Pu’uhonua-o-honaunau, Hawaii, stands King Keawe’s wall, behind which taboo breakers and defeated warriors could go to find safety from almost certain death from their enemies.1

More than a game of bullrush, these sanctuaries, found all over the world and originating in the law of God given to Moses, have meant life from certain death for refugees.

Such is the reach of God’s law-word, written on every human heart.

Six cities of refuge were designated by God for His people, Israel. Their purpose was to provide legal protection for those accused of manslaughter. Inside these cities, a man was safe from vengeance while he awaited trial.

Then Moses set aside three cities across the Jordan to the east to which a manslayer could flee after killing his neighbour unintentionally without prior malice. To save his own life, he could flee to one of these cities… (Deuteronomy 4:41-42)

These cities were places where God’s law and justice provided safety from the mob and an assurance of a fair trial. 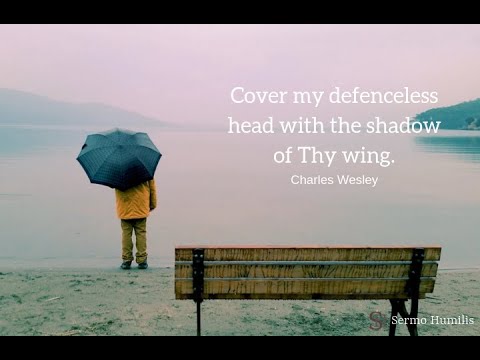 Later, these cities became emblematic of God’s protection for sinners in need of grace. And so David sings,

Further down the line, we find that the city of refuge God had in mind was His Son, of whom the writer of Hebrews said,

…so that by two unchangeable things, in which it is impossible for God to lie, we who have fled for refuge might have strong encouragement to hold fast to the hope set before us. (Hebrews 6:18)

These cities magnified God’s law and justice and are fulfilled in Christ as the place where a man can find mercy.

However, not all will accept the mercy found behind these walls.

Isaiah tells us that, even among Gods own people, there were many who sought their refuge in lies and had thus made a Covenant with their own death.

Because you have said, “We have made a covenant with death, and with Sheol we have an agreement, when the overwhelming whip passes through it will not come to us, for we have made lies our refuge, and in falsehood we have taken shelter. (Isaiah 28:15)

Mankind longs for a sanctuary city, a safe-haven for those displaced by sin and its consequences. But not all sanctuaries are equal. Much like a garment of fig leaves, those who hide behind a wall of lies should not suppose that their lies will shelter them in the end.

Rather than head for the city of Lies, the Gospel calls us to come clean about our guilt and make our way to the city of God.

1You can read more of these stories in, Eternity in their Hearts by Don Richardson.

A veil is a covering that conceals and separates. It is designed to

As Jesus heads toward Jerusalem, the heat on Israel intensifies.