One of the things that worry some Christians about eternity is the idea of an endless and unchanging universe. Will we get bored? Will life become monotonous? One way to answer that question is by asking another: Are you bored now?

Children have abounding vitality. They are in spirit fierce and free and they want things repeated and unchanged. So they say, “Do it again”, and the grown-up does it again until he is nearly dead.

It may not be automatic necessity that makes all daisies alike; it may be that God makes every daisy separately, but has never got tired of making them. It may be that He has the eternal appetite of youth.

For we have sinned and grown old, and our Father is younger than we.

Jesus taught the disciples that they had already passed from death to life (1 John 3:14). He also said,

Truly, truly, I say to you, whoever hears my word and believes him who sent me has eternal life. He does not come into judgement, but has passed from death to life. (John 5:24) 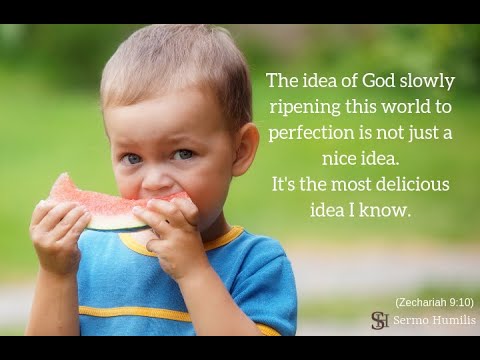 Isn’t that amazing? Sure, we know that the story is not yet finished. We have a body that awaits a resurrection. But, the statement still stands: We have passed from death to life.

What does that mean?

First, it means we have bypassed condemnation. The very thing that kept us from eternal life has been removed through the death and resurrection of Jesus.

There is now no condemnation. You are free. Free as the wind. Free as a bird!

Second, it means that the infinite has already invaded the finite. It means that eternal life has in some sense already begun to weave its wonder into our hearts right here, right now.

And if our delight is in knowing Jesus (for this is eternal life), then it will not be boring at all. When all is said and done, eternity will not mean less of what we have but more. More delight, more wonder and more alive than ever.

It will be the kind of life where children lay upon their bed each night, meditating on daisies, dumping waves and giant trees and whispering the prayer, “Do it Again, Lord!”

For those who trust in Jesus Christ and who know the one true God (John 17:3) it’s the kind of life that starts now.

Lock the Door, Swallow the Key
Because Time is No Healer
Monuments of Bread and Wine
This is My Father's World

Teaching, healing and displaying the power of God. This was the

The Bible anticipates persecution for the saints. We often don't. We

It is a common question that stumps many. “What about that innocent