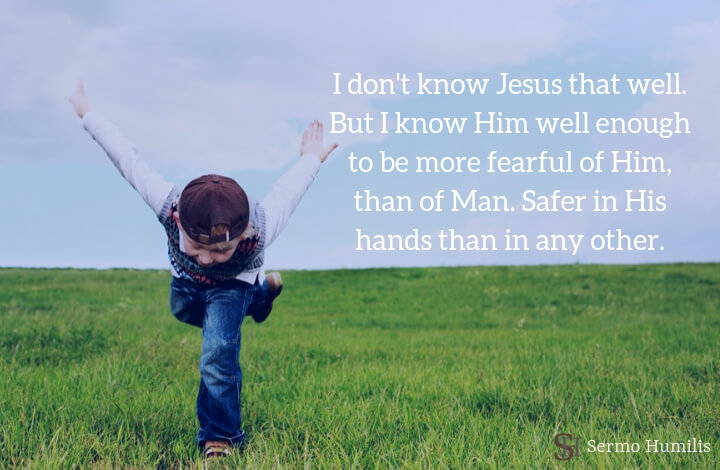 Someone once said, that, “Extraordinary claims require extraordinary evidence.” And I agree. But we must decide on whose shoulders that burden of proof lies.

Here, we have the claims of scripture, grounded in history and fulfilled in time, about who Jesus is. God, Man, judge and Saviour of the world.

On the other side of the river, we have those who say, “Don’t worry about it. There is no judgement. No God to whom we must give an account. We are just the free-floating, anchor-less chemical pop and fizz of time and chance.”

The letters we refer to as the New Testament and the Acts of the Apostles have been subjected to over 2,000 years of historical scrutiny and continue to stand tall to this day.

They have been preserved in more manuscripts than any other ancient work. There are over 5,800 complete or fragmented Greek manuscripts, 10,000 Latin manuscripts and 9,300 manuscripts in various other ancient languages, such as Syriac, Slavic, Gothic, Ethiopic, Coptic and Armenian.

Their historical authenticity has been further backed and confirmed by unbelieving first-century historians including, Tacitus, Josephus, Pliny and Suetonius.

To lean on the logic of Pascal, the Apostles and the throng of eyewitnesses to the resurrection were either good men or bad men.

A good man will tell the truth, even to his own hurt. A bad man will lie to his advantage. Given the people involved stood to gain nothing but suffering, persecution and death for their efforts, they have no motivation for lying.

These men, women and children persisted in the declaration that Jesus rose from the dead and they persisted in their testimony that they were witnesses to His resurrected life. And time has not erased the evidence.

Now, if you want me to abandon Jesus and find my identity in a meaningless, loveless, indifferent universe: If you want me to abandon the Gospel, along with all its blessings, warnings and consequences and then put my faith in a hunch you have that there is no consequence, no judgement and no life after death, then you’re the one who is going to have to give some pretty compelling evidence.

We do not serve an absent God. We serve a God who is near. Near to the