Hide Search
You are here: Home / The Life and Times of Jesus / Jesus, A Ransom for Many
Reading Time: 3 minutes

Jesus is going to up to Jerusalem. But before He enters those gates for the last time we have a small but important incident involving brothers and disciples, James and John. The incident gives Jesus an opportunity to lay down the pattern for godly leadership. And what He teaches is that godly leadership, like marriage is patterned after His death on cross.

What James and John want, and what they ask for, is the kind of position that will increase their power, glory, and authority.

And James and John, the sons of Zebedee, came up to him and said to him, “Teacher, we want you to do for us whatever we ask of you… Grant us to sit, one at your right hand and one at your left, in your glory.” (Mark 10:35)

Aspiration for leadership is a good thing, provided we understand what we are asking for.

Biblical leadership involves a Godly desire to increase servitude and a willingness to accept the consequences of increased accountability. Both of which are motivated by love.

The Kings of the earth want power. How might they get it?

And so, in the ancient Mesopotamian tradition, like so many others, the god Marduk is believed to have created mankind in order that they might feed the gods. By contrast, the bible tells us of a God who created a garden of food in order to feed His people.

The Kings of the earth want Authority. Why might they want it?

They want it in order to rise above accountability. They want the kind of authority that makes them untouchable. 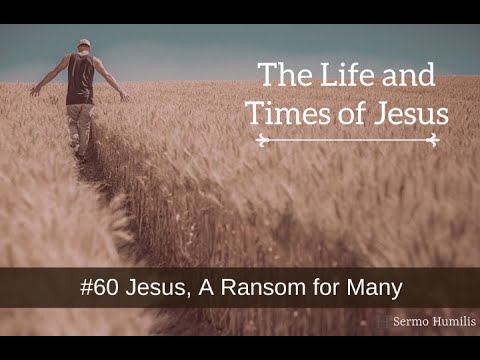 God had in mind to give the throne of heaven and earth to His Son, Jesus. How would Jesus be exalted to the throne above all thrones? By doing precisely the opposite.

Jesus left the glory of Heaven and laid aside His divine attributes in order to serve humanity.

And so to James and John He responds,

You do not know what you are asking. Are you able to drink the cup that I drink, or to be baptised with the baptism with which I am baptised? (Mark 10:38)

Jesus came to drink from the cup that the Father had given Him. And so we understand that cups are handed out; they are not to be grasped.

Jesus became a servant whose sacrifice would not be motivated by power or by authority. It was motivated by love (1 John 3:16).

In this way, Jesus’ death and resurrection set the pattern for all other forms of godly leadership that exist between people.

You and I will also drink the cup that has been prepared for us, and it is Christ’s’ cup.

James and John would serve in a way that drew attention to and reflected the life, death, and resurrection of Jesus. Their service would sound like His service. Its tone would echo His tone, their meekness, His meekness.

But their sphere of authority and their call to serve would also have some differences. For example, they would not serve or suffer in precisely the same way. But they would serve and suffer for the same things.

In the same way, our calling and our service will differ in its appearance. The call to serve as a mother will look different from that of a father, or a bank manager, or a wedding planner.

But it will be grounded in and built upon the same principles of sacrifice and service that we see in Christ. We will be poured out and the goal will be the same. The redemption of many.

Shame is man's ability to feel and express his humiliation for guilt.

The Pharisees had a big problem. Their traditions were so intermingled