Two thousand years ago a group of men walked into Jerusalem and asked, “Where is He who is born King of the Jews?”, and so threw Jerusalem into a panic (Matthew 2:2-3). They already had a king. Herod. The appearance of another king in the same neighbourhood already on the brink of war was not exactly promising news.

The scene in Matthew presents us with two kings held up side-by-side for us to consider. The question is, who do you want as your king, and what would separate the reign of Jesus from all other contenders to the throne?

Matthew separates these two kings in a number of ways, starting with an exultation in the glory of king Jesus from Micah 5.

But you, O Bethlehem Ephrathah, who are too little to be among the clans of Judah, from you shall come forth for Me one who is to be ruler in Israel… He shall stand and shepherd His flock in the strength of the Lord, in the majesty of the name of the Lord his God… And He shall be great to the ends of the earth. (Micah 5:2-5a)

The kings of this world want glory. They want power. And how do they gain their power and glory? Through subjugation and seduction.

First, the kings of this world often seek their glory and power through subjugation. By keeping their people weak, poor and uneducated.

These are petty little kings who get their glory by standing on the backs of a broken people. Herod’ was that kind of king, as witnessed by his infanticide in Matthew 2:16.

Such kings tend to have a political history that includes, among other things, a policy of forced starvation, slavery and enforced labour.

In 2002, The New York Times ran a front-page story that pointed to the fact that the government in India was withholding 53 million metric tonnes of grain from its people. Yet up to 350 million people in that country are dying of starvation.

When ruthless subjugation is not expedient, the kings of this world opt for popularity. And how do they get their popularity? Through seduction.

In Micah’s day, you could seduce the prophets with bribes. In Herod’s day, the people were seduced into compliance through all the beautiful buildings Herod had made to placate the masses. 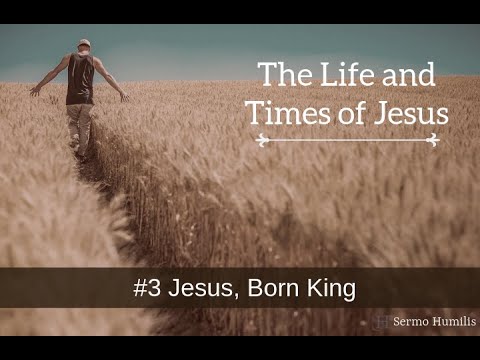 In our own day, all it takes is a politician to offer some free money or new mobile phone (as was the case for Barak Obama during his candidacy for the presidency in the United States of America), and, being the lovers of toys that we are, we are easily seduced.

Jesus would also receive glory, but it would not be through the subjugation or seduction of His people. It would be through service and self-sacrifice.

The quote from Micah in Matthew 2:6 tells us that, unlike the reign of Herod, the reign of Jesus would be marked by tenderness,

He shall stand and shepherd His flock in the strength of the Lord. (Matthew 2:6)

If anyone ever had the right to crush the backs of a rebellious people it was Jesus. But what does He do? He saves His people from self-destruction.

Here is a king who doesn’t demand action until He has first acted on behalf of His people.

The glory of this king will not come through subjugation or seduction, but by liberating His people from judgement through the gospel of salvation.

The kings of this world see their subjects as a means of strengthening their own position and enriching their own lives. But, here is a king who will not only be strong for you, but His reign will make you strong.

His greatness will lead to a people who dwell secure and be at peace,

And they shall dwell secure for now He shall be great… and He shall be their peace. (Micah 5:4-5a)

To Him who is able to strengthen you…by the gospel…be glory.

The glory of this king, whose eye is on the sparrow, comes, not by making Himself strong at your expense, but by making you strong at His expense… through the gospel.

People, for the most part, outgrow Santa. But we never outgrow our need of the gospel. We don’t start with the gospel and then leave it behind for something else. Our king will strengthen us with the gospel, in all its colour, depth, beauty and variation, until the day we die.

Jesus, What Money is For
Jesus, Your Reward
Jesus, Impossible Commands
Jesus, Little Ones

God can be found, unsurprisingly, in the most surprising places. Take