In Luke chapter 7 we meet a Centurion whose servant is at the point of death and a widow whose son had died and was on her way to the burial. These two events give us a wonderful glimpse into the humanity of Jesus.

In the first event, Jesus marvels over faith which He inspired. A centurion had sent for Jesus, hoping Jesus might heal a loyal servant. The Centurion demonstrates a faith in Jesus and an understanding of His authority that Jesus had not encountered until now.

When Jesus heard these things, He marvelled at him, and turning to the crowd that followed him, said, “I tell you, not even in Israel have I found such faith.” (Luke 7:9)

In the second event, Jesus has compassion on a widow who is grieving under a judgement which He pronounced. Her only son has died and she is heading through the town gate en route to the burial.

What do we learn about Jesus from these two events?

Both the Jews (Luke 7:16) and Jesus recognise God is with Him to inspire faith in others. And Jesus is delighted by it.

The second thing we might notice is that God does not afflict us willingly or from the heart (Lamentations 3:33).

Sin is toxic. It’s so evil, so destructive, so contrary to God, that death is the necessary judgement. It is the only way to deal with sin. But death and suffering are not God’s deepest desire for humanity. If it were, we might have expected Jesus to walk by the dead lad and say to Himself, “Nice. Job Done.”

But that’s not what Jesus did. 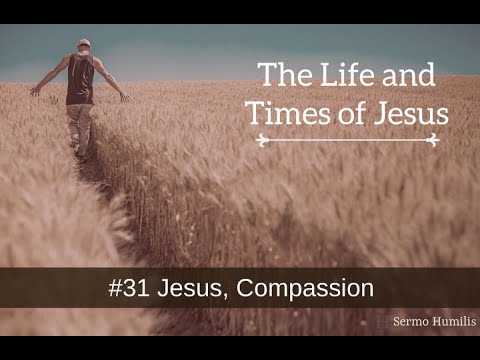 Third, in both of these events, Jesus’ focus is on those who grieve—not on the sick and dying. Jesus is moved by the circumstances of the centurion and the widow.

Compassion surrounds the ministry of Jesus. It corners sin and death and encompasses it on all sides in order to swallow it up.

The gates through which the widow and her dead son passed were typically a place where courts were held among the village elders and where judgements were made.

Just as the widows’ son drew near to the gate of the village, so too, Jesus suffered, “outside the gate” as the Son whom God did not spare (Romans 8:32-37).

Not only does compassion surround His ministry, but it also inspires faith and compassion in those who hear and believe.

Through faith, made evident by obedient works and by compassion, we continue to reveal God amongst the people. God has given us life from the dead that we might speak and tell of His works.

We preach and we live Christ crucified as that which inspires faith and which is the very definition of compassion.

And we pray, that those who hear and see that faith and compassion would also rise from the dead and speak and say, “Truly God has visited His people.”

A Place Among the Wicked
Brave
Jesus, Thy Rod and Thy Staff
The Resurrection of the World

There is no getting around the fact. Rahab, a prostitute, had a choice

Like the early church, the men and women of the reformation are

Nicodemus, who makes his first appearance in John chapter 3, is an

Jesus is not with us in a visible or tangible way. This means that you