Two men went up to the temple to pray, one a Pharisee and the other a tax collector. (Luke 18:10)

The Pharisee thanks God that he is not like other men who have fallen into adultery, extortion, and other sins, including the likely sins of the publican, praying nearby. The publican, to ashamed to look up, beats his chest and cries out and, pleads to God for mercy saying,

Jesus is blunt about this. The publican walked away justified and the Pharisee did not.

You can bang on about your narrow escape from various sins, you can even be thankful for the sins you have escaped, but such thankfulness does not justify us before God.

But God delights in those who cry out to Him in true humility and a contrite heart.

God loves a drunkards cry,
a soldiers plea not to let him die,
better than a hallelujah sometimes.

Tears of shame for what’s been done,
or silence when the words won’t come,
are better than a hallelujah sometimes.

The challenge put to us is: Who do you compare yourself with in order to determine your innocence and who do you turn to for a favourable verdict?

It’s the difference between feeling justified by your works and appealing to the character of God for justification.

The Pharisees’ prayer is a prayer of thanksgiving, and yet Jesus condemns it. Let’s look at how this works. 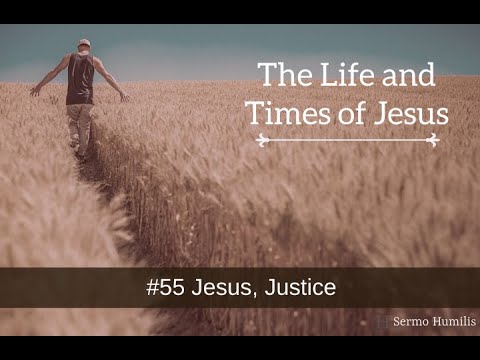 You hear the guy next door has been busted for his adultery and so you begin to reflect on your own faithfulness. Maybe you sigh with relief and think to yourself, “Well, at least you’ve never committed that sin”.

Now, while your wife might be quite rightly thankful about that, there can be a problem with this kind of thinking when it is going on inside of you.

And the reason it’s a problem is that what you are looking at is not his frailty but your frailty manifested in him. Something that you’re completely capable of happened to someone else. Phew.

You are looking at a sinful man. It should bring you grief and shame, but for many it brings a weird kind of joy and relief and leaves you feeling that things are therefore peachy between you and Jesus. But where did that sense of justification come from?

You can tell when you are enjoying someone’s fall – or at least using it to fortify your own sense of justification and moral superiority: Like the Pharisee in this parable, you talk about it.

Sin brings with it an atmosphere of shame to all and making a public spectacle of it by pointing to it is something we want to avoid whenever we can.

The publican’s prayer is acceptable because it arises from despair over himself and is a plea to God for mercy.

The publican’s prayer is a prayer arising from faith, a trust in God’s righteousness and God’s work and not a reflection on our own good work when compared to the guy kneeling next to us.

And that was the fatal flaw for the Pharisee.

Comparing ourselves with ourselves, or with the person next to us, is fatal for the life of joy that comes to us when the justification is of God.

As Jesus heads toward Jerusalem in John 12, He stops off at Bethany to

So, here we are in Jericho. Herod the Great, who slaughtered

In the beginning, God took unformed matter and began a process of