Hide Search
You are here: Home / The Life and Times of Jesus / Jesus, Little Ones
Reading Time: 3 minutes

Luke 17:1-10 brings to a close Jesus meal with the Pharisees. Now, Jesus tells His disciples that it will be a horrible day of judgement for those who neglect or lead astray the weak among them.

It would be better for him if a millstone were hung around his neck and he were cast into the sea than that he should cause one of these little ones to stumble. (Luke 17:2)

So serious is this offence that Jesus tells the disciples to keep an extra close eye on their conduct. Such sins can be devastating to both the sinner and the one sinned against – so watch yourselves closely!

He then tells them to rebuke the brother who does sin and forgive the same if he repents. And so we learn that forgiveness is not something dispensed from heaven on autopilot. It’s personal. Jesus died in around 33AD and provided a forgiveness available to all. But you still need to turn up.

By way of antidote, He then tells them not to forget that they are equally unworthy servants of God. He reminds them that it’s not the amount of faith (Luke 17:5-6) but the object of faith that keeps us from the sin of thinking more highly than we ought (Luke 17:7-10).

From beginning to end, God points out how He loves to take the things that are weak in this world to confound the strong.

The expression, “little ones” can mean children (esp. when Jesus has them sitting on His knee). But it is also used to describe the weak, lowly despised, insignificant. You know, disciples. (Luke 10:19-21)

The sins in view came out of the dinner encounter (Luke 14-16). There the hot topics were things like our love of money, who had the best seats in the house and who was angling for a reward from men.

Jesus said we should expect to see this going on in the New Covenant People, just as we saw it happening among the Old Covenant People. Stumbling blocks are to be expected (Luke 17:1).

Tucked in here is a subtle but important shift. Luke 17:1 refers to the twelve as disciples. A few verses later in Luke 17:5 they are called Apostles.

This is very much a ruler thing. An authority thing. The sins that Jesus is describing often start at the top and trickle down Aarons’ beard until we are all covered in the stuff. 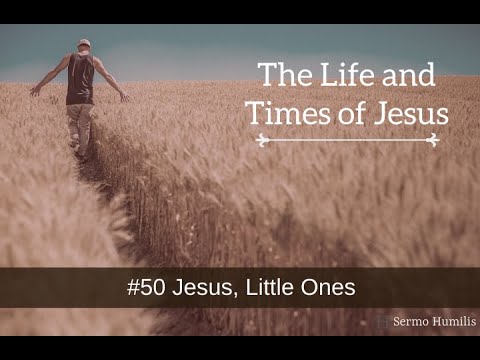 Here is how it works: An elder starts walking around with a book on how to clean your chakras. The women in the church, convinced by the elder’s charisma and wisdom (he knows his bible well) all sign up to one of his lectures: A Beginners Guide to Chakra Cleansing.

Jesus says, rebuke these women. Correct them lest they fall away and are lost. As to the elder, we place a very large rock outside his front door with a rope.

We see a clear example of this in Galatians where Paul appears in Antioch swinging a large millstone in Peter’s direction (Galatians 2:11-14).

When we see a brother sinning in this way, we ought to correct Him. We ought to warn Him. It’s going to happen. Don’t right Him off. Don’t be surprised. But, for his own sake, warn him.

The antidote to these temptations says Jesus, is not more faith, but having a proper object to attach our faith to. The antidote is to remember who and what we are – and who we serve.

In a big house, there are many servants, all with differing functions. But they are all servants of the same Merciful Lord.

So you also, when you have done all that you were commanded, say, ‘We are unworthy servants; we have only done what was our duty.’ (Luke 17:10)

But God loves to do great things with little people. God loves to glorify His Name and turn up in power to strengthen those of seemingly no account.

Jesus, above all men, knew what this meant. He became nothing. He became nobody in particular. And when He came He did not head for the Senate in Rome. He came to a bunch of little people in Galilee in order that they might Glory in His strength and not their own.

Jesus, Women Who Serve
Jesus, to the Ends of the Earth
Jesus, Always Present
Jesus, Light of the World

In John 13:1-35 Jesus shows us that His love for His disciples will be