Hide Search
You are here: Home / The Life and Times of Jesus / Jesus, Lord of all Rest
Reading Time: 3 minutes

Jesus’ Sabbath healings in John 5 result in persecution. But this does not stop Him doing them when he returns to Galilee in Luke 6. Quite the opposite, He starts doing them all the more.

The two incidents in Luke 6 teach us that for God, the Sabbath is more about compassion than sacrifice and that outside of the Sabbath, there is no rest for humanity.

In the first incident, in Luke 6:1-5, Jesus and His disciples are passing through a field. They eat some grain and Luke adds the seemingly uninteresting point that they rubbed the grain between their hands.

This only becomes significant when we look at what the Jews had come to believe about Sabbath-keeping.

In Deuteronomy 23:25, the law explicitly allows for someone to wander into a neighbours paddock and eat corn. It’s not theft to pluck grain and eat it because the earth is the Lord’s and everything in it.

But equally important, it’s acceptable because God said that it was fine. So it’s fine.

Of course, God did not say you could also carry off a cow from your neighbour’s paddock. That would be theft. Not because of the value of the cow, but because the word of God calls it theft.

The Law of the Sabbath is derived from the law to love God and neighbour. If your neighbour is hungry, feed him.

But the Jews who are spying on Jesus did not love compassion. They loved maths.

And so, the tradition of corn eating had become: Picking grain was harvesting. Rubbing it between the hands was threshing. Therefore both were breaches of the Sabbath.

So bent by this tradition were the Jews that centuries later they can be found doing ridiculous things to uphold it, like eating grass on their hands and knees with their teeth to avoid harvesting or threshing.

In the second incident, Jesus goes even more public with Jewish Sabbath-breaking. This time He does it inside a synagogue, right in front of Israel’s elite religious dudes. In the midst of those who are most likely to criticise Him.

Here is what stuns me. Jesus knows this is going to upset them. He knew their thoughts and yet (or therefore), He goes right ahead and does the miracle anyway.

And after looking around at them all he said to him, “Stretch out your hand.” And he did so, and his hand was restored. (Luke 6:10)

Why does Jesus antagonise and provoke the Jews this way? Why doesn’t He organise an ecumenical barn dance where each party gets to share its feelings about Sabbath-keeping, respectively deferring to the fragile beliefs of the other party in order to reach a consensus which is mutually satisfying and acknowledges the self-government of every man to do just as he pleases without hindrance and in a way that doesn’t violate his precious civil rights?

Because Jesus doesn’t really care for the group consensus of snakes. 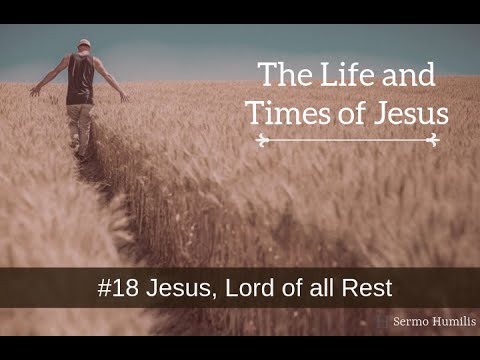 Some get nervous when they see Jesus demolishing the tender beliefs of poor victimised Jews. Some worry that other Christians might start imitating the Lord’s provocative conduct.

Thing is, Jesus wasn’t the only one to act this way. Elijah, Paul, Amos and Jehu were following Jesus when they all did similarly provocative things.

And I, for one, am on the side of Elijah and Amos. But with an important caveat.

To the lost sheep, we are to be as gentle as a dove, and we all agree with that. But with the wolf in sheep’s clothing, to those who bind heavy burdens on the backs of men and lead the sheep astray, we are not there to be tender. We are there to tenderise.

The Sabbath is for saving life. It’s for giving rest to the weary and redirecting those burdened and blinded by traditions, guilt, shame. Sabbath-keepers are those who bring forgiveness and salvation to the wicked.

Sabbath-keeping is not about you policing the flock. It is making sure your flock is fed so that they can lay down and rest.

And, as Lord of the Sabbath, that rest does not exist outside of Jesus Christ, which means that all true rest is found in bringing Jesus to the people.

Jesus, God's Delight
Jesus, Hunger and Thirst
Jesus, What Money is For
Jesus, Look and Live

As Jesus heads toward Jerusalem in John 12, He stops off at Bethany to

You and I are dying. From the moment we are born, we are dying. Every