Hide Search
You are here: Home / The Life and Times of Jesus / Jesus, Proof of Pardon
Reading Time: 3 minutes

The people that Jesus had come to save had thought that He was too liberal with His company. Not discerning enough about the kind of folks He was hanging around. In response, Jesus said that wisdom would be justified by her children.

In other words, His policy of eating with sinners would be justified by the conduct of His converts. And here, immediately following that claim in Luke 7:35, we have a justification for it.

One of the Pharisees asked him to eat with him… and behold, a woman of the city, who was a sinner… brought an alabaster flask of ointment, and standing behind him at his feet, weeping, she began to wet his feet with her tears and wiped them with the hair of her head and kissed his feet and anointed them with the ointment. (Luke 7:36-38)

Let’s consider this woman for a moment. Clearly she knew—or suspected she knew—who Jesus was. Perhaps, like so many others, she had heard Him teach, had believed and received a pardon for her many and well-publicised sins.

Now she had come to give thanks and show her gratitude. But the moment was too much and she breaks down in tears.

For Simon the Pharisee, accepting such a gesture was proof positive that Jesus was not a prophet. For Jesus, such love was proof of pardon. And having come in anguish of soul, this poor woman leaves in peace, assured that the Son of God had in fact wiped away all her sins.

Her story should give hope to any believer tangled in their transgressions.

First of all, her story should remind us that great sin should not keep us from coming to Jesus for pardon.

We steer clear of drawing near because to draw near often means pain before it means comfort and we cannot bear the thought of drawing near only to be turned away, unforgiven.

Jesus here teaches that great sinners may come for forgiveness as much as little sinners.

David once prayed, “Pardon my guilt, for it is great” (Psalm 25:11). And Jesus does. Jesus takes great sinners and turns them into an even greater monument of His grace.

Sin is evil. It is the worst of evils. But rather than keep us from Jesus, our sin is in large part what brings us ever closer to Him.

And so, unsurprisingly, those who have felt their sin most keenly are those that cling most tightly. 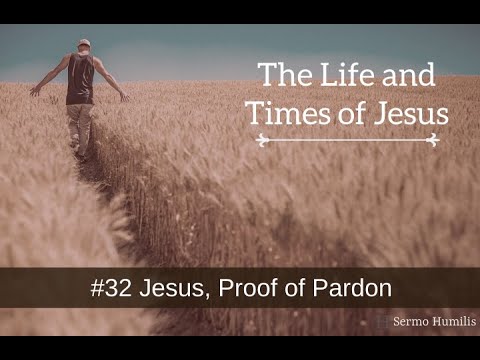 This woman’s story also reminds us that declaring our allegiance to Jesus as our Saviour before men requires great courage, which He supplies.

This woman is way out of her depth. Where is the security around here? How did she even get in?

This is a brave woman to come into this home unannounced. She might just as easily have been mocked, shamed and expelled.

Here she is. Exposed, despised. Let’s face it, she will probably never be invited to lead the women’s lunchtime bible study.

No matter. For this woman, the gratitude runs deep, and deep gratitude over great sin forgiven beats down the fear of man.

The third thing happening here is the willingness of Jesus to break with customs that inhibit the bright display of those who are being pardoned.

Jesus will happily break tradition in favour of those who come to Him broken. He will acknowledge us before God in the next world, as well as in this world.

Jesus takes Simon to task for having it all backwards. Decorum, decency, pleasantness, tidy, inoffensive, sentimental, smooth, agreeable, non-confronting, sin-concealing blind hypocrisy—Jesus will have no truck with it.

It is possible to be sitting right across the table from Jesus and not be aware of your own indebtedness. And the evidence of that ignorance is the absence of gratitude working through love.

Love is the proof of pardon. Love expressed first and foremost toward Jesus with a grateful heart. Love that pours itself out in the direction of Jesus Christ, because it knows just how bad the sin is, how undeserving the sinner, and how merciful the Saviour.

We are not pardoned because we love Jesus. We love Him because He has pardoned us.

It's Good to Forget
All our Troubles Removed by Love
Jesus, Miracles and Mercy
Jesus, Little Ones

As Jesus begins His mission to fulfil the “Year of the Lord's Favour”,