Hide Search
You are here: Home / The Life and Times of Jesus / Jesus, Sons of Jonah
Reading Time: 3 minutes

We like to reach that part in any lesson where we get to do something. Peter, James and John were men like this. Keen to cut off an ear or call down fire from heaven on some unsuspecting Samarian village. Now, there is a work for us to do, but first, there is a work to be done in us.

That’s the situation Peter finds himself in, when, having denied Jesus three times, he now finds himself face-to-face with the resurrected Lord of glory.

The day starts with Peter, John, James, Thomas, and a few other disciples going fishing. They catch nothing. Jesus turns up (though they do not know it’s Him), and tells them to throw the net over the other side.

They haul in 153 fish. John recognises that it’s the Lord and Peter doesn’t hesitate. He puts his shirt on and jumps in.

When they got out on land, they saw a charcoal fire in place, with fish laid out on it, and bread. (John 21:9)

Peter brings the haul of fish to the feet of Jesus, but Jesus already has fish roasting on the coals and some bread.

Jesus’ actions are a reminder that we don’t feed Him, He feeds us, and that really is the point. But it’s one thing to come to Jesus smiling and singing with our head held high. It’s another thing altogether to come to him with our head hanging low and afraid to look him in the eye.

When God restores someone He does it, like everything else, in a beautiful way. The restoration of Peter here in John 21 is no exception.

The miracle haul of fish opens the disciples’ eyes and they recognise that it’s Jesus on the shore. Peter puts on his clothes and is baptised in the sea. Reaching the shore he is greeted by Jesus and invited to eat breakfast. It’s bread from the hand of the Lord.

Where else have we seen someone throw themselves into the sea, land wet on a beach, and end up with a net full of Gentiles? We are given a clue in the unique way that Jesus speaks to Peter. Three times Jesus refers to Peter as, “Simon son of Jonah”.

Peter, like Jonah, is a representative Jew, but also like Jonah, he is a resurrected Jew, a baptised Jew, a repentant and humbled Jew. 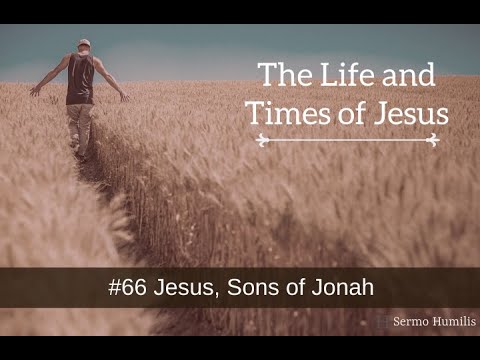 Israel was called to be a light to the nations and now Peter, like Jonah, was being called to gather a net full of Gentiles and feed Israel’s lambs. And so,

In order to fulfil his mission, Peter, like his spiritual father Jonah, needed to be restored. He needed to be clothed, washed and fed. Love covers a multitude of sins and that is what Jesus has done for Peter here and that is what we are called to do to one another. Jesus never returns to Peter’s sin. Instead, the conversation moves from Peter’s restoration to Peter’s mission.

Likewise, our time with Jesus does not end with a meal. The hand of the Lord not only feeds us, it sends us. Our meals with Jesus are not only for gathering but are also preparation for service.

At this breakfast, Jesus brings rest to Peter’s troubled heart and restores Peter through the sharing of a meal.

That’s what is happening week by week and moment by moment as we come to Jesus for our daily bread. Troubled hearts are given rest and God reaffirms His love for us.

But this post-resurrection breakfast by the sea with Peter didn’t end with a merciful meal and the same is true of us. We are not among those children who emerge from a cluttered bedroom, grab a bite to eat and then return to our clutter until the next meal.

The purpose of the meal is to strengthen us with mercy so that we may have mercy to give.

We don’t walk away from worship on a Sunday, dust our hands and say, “Well that’s that done for another week.” Jesus was not finished with Peter when He had shared the food of forgiveness…

…and neither is He finished with us.

Everything in creation bears witness to the character and nature of

Jesus, having won a definitive victory over Satan during His time of

In John chapter 11, we come to the last and most monumental public

Sometimes, Jesus stood toe-to-toe with those who opposed Him.