Hide Search
You are here: Home / The Life and Times of Jesus / Jesus, The Harvest
Reading Time: 3 minutes

In Matthew 9:27-38 we encounter some people who are looking for Jesus, some who are found by Jesus and others that are brought to Jesus. Blind men followed Him, the mute are brought and Jesus continues His mission by going throughout the villages of Israel seeking the lost.

This is what discipleship looks like. It’s very public. You go into the world with the gospel around your waist. Some you will stop to lift up. Some will seek you out and others will be brought to you by who-knows-who.

Now, if that is the case, which it is, then why was it that Jesus,

Giving sight to the blind and setting captives free are metaphors for the new birth. And, let’s face it, it’s not easy to keep the new birth a secret because it isn’t meant to be kept a secret.

It seems to me that the purpose of the injunction, “don’t say anything” is tied to the blasphemy of the Pharisees in verse 34 which reads,

But the Pharisees said, “He casts out demons by the prince of demons”. (Matthew 9:34)

Jesus was not looking for public controversy and yet that’s what His miracles and message were creating – a controversy.

The church is called to provide a ministry of salvation to those who are unclean. We are to be people who are not afraid to take hold of an unclean hand and bring someone to Jesus.

And why do we do it? Because Jesus has commanded us to love our neighbour and this is what love looks like.

When He saw the crowds He had compassion for them because they were harassed and helpless, like sheep without a shepherd (Matthew 9:36)

In this case, it seems that unwanted fame and attention was not always helpful. The more word got out about Him, the more the Pharisees hunted Him down. And the more they hunted Him, the more He withdrew to avoid a bun fight (Mark 1:44-45). 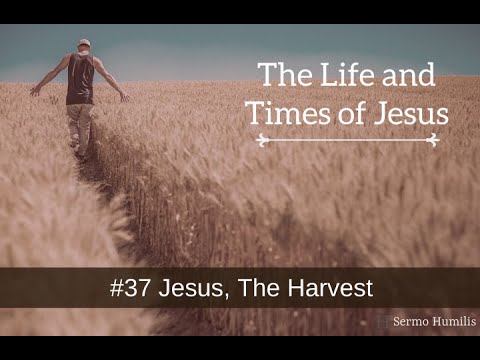 A confrontation with the Pharisees was necessary and inevitable—but not yet.

Provoking His enemies and engaging them when He didn’t have to would only be a hindrance to His mission of compassion then. And, such things, when not necessary, will also prove to be a hindrance for us now.

When they pinned Him down with a question, He answered truthfully knowing full well that it would create a scene, that it would provoke them. Our words will also provoke. But that is not why we speak.

We speak to heal, hold up, help and deliver.

Here in Matthew 9, the signs of judgement were beginning to appear. But judgement was not yet.

Jesus would strike the wolf soon enough. He would bring down the Strongman altogether, once and for all. But first, He would make the wolf drop his prey.

And so, you and I are invited to go out and find those who have been in the grip of sin and darkness and through the gospel watch the devil drop His prey straight into the Saviour’s lap.

Then he said to his disciples, “The harvest is plentiful, but the labourers are few; therefore, pray earnestly to the Lord of the harvest to send out labourers into his harvest.” (Matthew 9:37-38)

It’s important that we take such prayers seriously and avoid slipping into cruise control until Jesus gets back.

There is wonderful work to do and the workers need our prayers.

There is no shortage of work to do and no shortage of people we can serve. Your neighbour may seem like a hard nut to crack. He may provoke you with accusations. But do not forget who they are. They are the lost, the lonely, the helpless, the weighed-down, the hurting, the trapped.

They are, in short, without a Shepherd.

You know the way to the Shepherd. They don’t. You know His name, they don’t. And so you need to be dressed and ready for action at all times so that you can make the introductions when the opportunity arises.

Jesus, Meek but not Weak
Jesus, Makes Clean
Jesus, Thy Kingdom Come
Jesus, A Ransom for Many

When a man comes to Christ and starts to obey Him, it's not long

Living redemptively means seeking to play out the gospel in marriage.

Many of us have complained at some point about being too busy. Jesus

The things that happen to Hannah could happen and do happen, to

The ninth commandment, "You shall not bear false witness", is a call