Hide Search
You are here: Home / The Life and Times of Jesus / Jesus, Virtue and Vice
Reading Time: 3 minutes

As Jesus heads toward Jerusalem in John 12, He stops off at Bethany to have dinner with His good mate, Lazarus. It’s six days until Passover. Inside the house, there’s a party. Outside are people of all stripes, plus the Pharisees, some chief priests and a donkey.

Here’s the thing about this dinner date. Nobody mentioned in this passage has declared themselves to be an enemy of God. Everybody appears to be a virtuous worshipper of God. But many are not. Many are thoroughly self-deceived. And sadly, Judas is among them.

Given the tragedy of Judas, it’s important to look at the way deception sometimes operates and examine our own hearts honestly for those same deceptions.

When a large crowd of Jews learned that Jesus was there, they came, not only on account of Jesus but also to see Lazarus, whom Jesus had raised from the dead. So the chief priests made plans to put Lazarus to death as well (John 12:10)

Here we see a dichotomy emerging. Some are outside plotting murder. Others are inside filling the house with fragrance.

Mary, therefore, took a pound of expensive ointment made from pure nard, and anointed the feet of Jesus and wiped his feet with her hair. The house was filled with the fragrance of the perfume. (John 12:3)

While there are seasons when what a man really is can be hidden from view, it is only for a season. Eventually, the secrets of the heart bubble to the surface, the light falls upon us and the true thoughts of our hearts are exposed.

One of the things that self-deception does is create a false dichotomy. That’s what Judas does here.

“Why was this ointment not sold for three hundred denarii and given to the poor?” (John 12:5)

Judas raises two objections. The amount spent and the direction the money is going. But Judas has no real problem with spending. He is happy to spend.

He said this, not because he cared about the poor, but because he was a thief, and having charge of the moneybag he used to help himself to what was put into it. (John 12:6)

Judas’ problem is the direction. He was hoping to put down a fiver on Hagan’s Pride, race four, track five.

But that wouldn’t look good and so in this instance, he takes a virtue; Mary’s devotion to Jesus, and puts it into false opposition with the very important work of feeding the poor.

It’s a trap. Feeding the poor and devotion to Jesus are not in opposition. They go hand in hand. 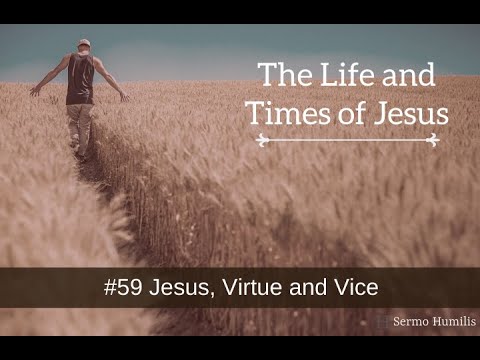 The issue is never how much, but the direction and who or what is being magnified in the process.

Judas is using the wonderful virtue of generosity to conceal a vice. His lips are pointing west but his heart is facing east (Genesis 13:11-12).

Mary has just poured out a years wages and Judas has set himself up as a guardian of the poor. He is a watchdog against waste. Or, maybe he is just a thief, fighting for the right to indulge in his own greed.

Maybe you stay back after church to do some extra cleaning – in order to be seen and admired. Maybe you buy your kids ice cream and let your kids watch an extra hour of television – because you want to thumb your way through some lusty pics on the internet without interruption.

Taken at face value, Judas has a ministry to the poor. Mary, well, what’s she done lately?

Well, Mary is a witness. She is pointing to and testifying of Jesus and when Jesus is at the centre, our self-deception, our lust and our greed are exposed.

…because on account of him many of the Jews were going away and believing in Jesus. (John 12:11)

The very existence of Lazarus testifies to the light of Christ and that light exposes the evil deeds of our dark, deceptive hearts.

So Jesus said to them, “The light is among you for a little while longer. Walk while you have the light, lest darkness overtake you. (John 12:35)

Nobody wants to believe that they are self-deceived. Nobody wants to be Judas. But Jesus has come to us as light in order that we might realise our self-deception, confess it, and be free from the crippling effects and darkness of our own deceiving hearts.

The Early Church had plenty of conflicts. There was conflict within