Hide Search
You are here: Home / Who we Are Instead / Keeping up with the Cool Kids
Reading Time: 3 minutes 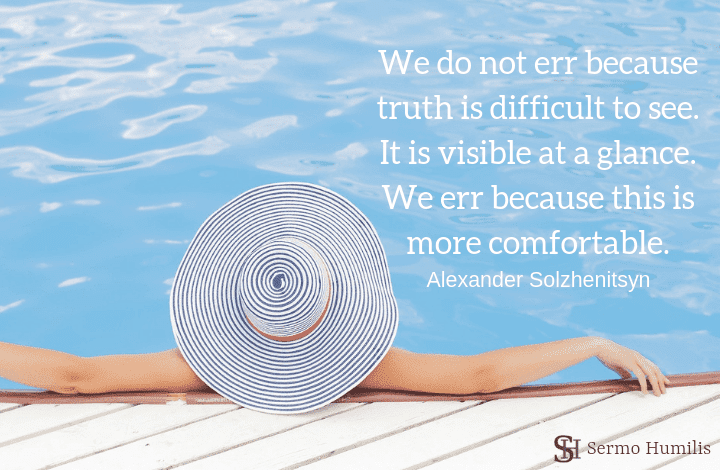 Suppressing the truth doesn’t come without effort. Our attempts to conceal God’s truth are like a man attempting to keep his beach ball underwater. It’s hard to maintain the pressure in a way that looks respectable. And when attempted, this is the kind of insane culture you get.

Today, a woman in her 20th week of pregnancy wanders down to the clinic to have her baby destroyed. Our culture will comfort this woman and remind her that it is, after all, her body.

Tomorrow, her equally pregnant friend decides to keep her baby and walks down to the cafe. There, she kicks back with a coffee and puffs on a Marlboro blue.

The same culture that comforted the first woman in her right to choose death will now, in the name of respectability, give the second woman a roasting for being so thoughtless to the precious life in her belly.

A 12-year-old boy walks into a doctor’s office and declares that he is a girl. Deep down he feels like a girl. When he looks in the mirror he sees a girl. And so, under the guise of compassion, the doctor has regard for this boy’s subjective experience of who he is and puts him in a dress. In preparation for the future, a round of hormone blockers are planned with a view to surgery.

Meanwhile, A 12-year-old girl weighing 24 kilos walks into a doctor’s office and declares that she is fat. Deep down she feels fat. When she looks in the mirror she sees a fat girl. Now if that doctor, under the same standards of compassion, has regard for her subjective experience of who she is and puts her on a strict calorie controlled diet and a solid exercise program, will anyone applaud?

This is the foolishness that comes from suppressing the truth in favour of our own lusts while attempting to maintain a veneer of respectability in the eyes of the world at the same time.

For the gospel reveals the righteousness of God that comes by faith… [but] the wrath of God is revealed from heaven against… the wickedness of men who suppress the truth in unrighteousness (Romans 1:17-18)

And this is the issue: Righteousness.

Righteousness (being justified, right, in good standing) is an inescapable concept. All cultures, all laws, in all societies have a binary system of right and wrong in operation.

The question is, what standards will we apply? Who will decide? And further, in whose eyes do you want to be considered, ‘right’?

Nobody wants to be declared unrighteous and so we have two options. We can admit that our man-made standards are rubbish, stop suppressing God’s unchanging truth and repent. That means calling things by their proper name.

Or we can change the standards of righteousness to agree with the world and thereby enjoy a temporary hangout with the cool kids.

The problem with the latter is now abundantly clear. Having suppressed reality and thrown away the one objective standard of God’s Word that we were given, we are now finding it hard to keep the ball underwater with a straight face.

“Nothing to see here’, we cry, faces red. Problem is, that beach ball is just as buoyant as ever. God’s Word keeps popping up.

The whole exercise is exhausting – which is where many Christians find themselves today. Exhausted.

We keep coming face-to-face with hills to die on and we keep telling ourselves, “No, not this one”, and the pressure underneath us mounts.

I get it, the hills look high. This world can intimidate. Our jobs, our families, our freedom under man’s law and our reputation with all the groovy people are at stake. So is the reality of our faith.

For to this you have been called, because Christ also suffered for you, leaving you an example, so that you might follow in his steps (1 Peter 2:21).

And so we will.

Welcome to Sermo Humilis, a digital home for biblical discipleship and cultural Christianity. New article every Thursday and video on Sunday.

In the beginning, God took unformed matter and began a process of

#7 Jesus, From Feast to Fury - The Life and Times of Jesus
We are on Schedule
Mothers ~ Makers of Humanity