The physical world matters. Your body matters. And this is why things like digital currency, lockdowns and Facebook will ultimately fail, and also why Chicken Little still works its magic on the fearful.

We don’t want to die, we want to live. And to live is to live and move and have our being – in a body; it’s to touch, taste and see.

In the beginning God said, “Let us make man in our image.” He then proceeded to dig up the dirt and put together the first man, right there, right then, from the dust. He breathed into the man, and that man, like you and me, became a living being.

The gnostic says that our bodies do not matter. That this world is relatively unimportant and that all that matters is our eternal soul or spirit. Funny how such people tend toward a life characterised by a total lack of restraint against all of their physical lusts. If the body is nothing, then lust is nothing also. Good wine, hot girls and spicy pizza – or whatever your lusts may be, are also nothing.

But our lusts betray us. Our lusts, as well as our reaction to any perceived physical threat, reveal just how central the physical world is to our existence.

And the Devil knows it.

As for love, the Bible never imagines charity or love for neighbour as anything but deeply personal. Hand-to-hand, man to man. But the devil would have us simply automate a bank transfer. Just set and forget! And preferably by Bitcoin, so that even our cold, hard cash becomes something we no longer hold in our hands.

He separates children from their parents and locks the elderly away in lonely isolation from both friend and forest. He teaches us that the physical world is a dangerous, unclean and unsafe place.

Mostly, I suspect, the Devil hates the fact of the incarnation. That God should become one of us in our mortality and then raise our mortal bodies in eternal splendour.

That which was from the beginning, which we have heard, which we have seen with our eyes, which we looked upon and have touched with our hands concerning the word of life… This we testify to you (1 John 1:1-2)

The incarnation is the supreme testimony, not only of God’s great love for us but of God’s ultimate endorsement of the goodness and value of the physical world.

A world which He fully intends to keep, save, and ressurect.

And this is why, as Christians, we do not despair. It’s why we can joyfully and fearlessly walk past the ever-multiplying directives, “Do not handle, Do not taste, Do not touch” (Colossians 2:2), whistling a hymn as we go.

Jesus, Light of the World
The Cost of Faithful Worship
Mothers ~ Makers of Humanity
Busy 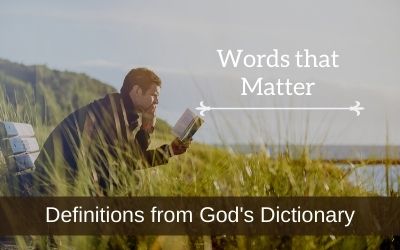 In the world that God made, each man is judged and rewarded for his

Martin Luther once pointed out that the difference between the Devil

We do not serve an absent God. We serve a God who is near. Near to the