Hide Search
You are here: Home / Who we Are Instead / She Lied Like a Trooper
Reading Time: 3 minutes

There is no getting around the fact. Rahab, a prostitute, had a choice to make. She could tell the truth and send two godly men to their death or she could lie like a trooper. Rahab chose to lie like a trooper because she was one.

Rahab was prepared to go up against her own city in what was going to be a devasting battle. She was prepared to side with Israel’s troops because she had come to believe in the sovereignty of Israel’s God.

The gospel throws up some unlikely heroes. Rahab clearly chose to deceive her own king (Joshua 2:3-6) and God clearly praised her for it describing it as an act of faith (Hebrews 11:31).

And she became an ancestor to the Lord Jesus Christ.

This is the kind of situation a moralist hates. Either choice involves some imperfection on the part of the person making it.

Our choices are rarely black and white. We rarely have the luxury of absolute choice but we do have the continual opportunity to make decisions according to absolute faith, however grey the immediate situation.

This was the kind of faith Rahab had. She lied because she believed in the God of Israel and considered operating against Him a far greater evil than her act of deception.

For this one act, James singled her out as an instance of vital and living faith.

…was not also Rahab the prostitute justified by works when she received the messengers and sent them out by another way? For as the body apart from the spirit is dead, so also faith apart from works is dead. (James 2:25).

When Gideon went up against the Midianites, he didn’t send a telegram ahead of the troops in the interests of transparency. Deception is a tactic of war and that is what Rahab was facing. War. 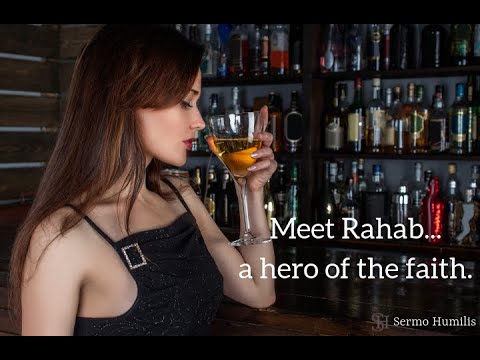 As Christians, we need to be mindful of things that differ. The bible forbids bearing false witness against my neighbour and praises Rahab’s use of tactical warfare.

If you disagree, then what colour do you think we should paint our tanks?

For the moralist, it is important that he strut in his own self-righteousness and always come out looking squeaky clean. For the godly man, who stands not in his own righteousness but by faith in the righteousness of Jesus Christ, the preservation of his own purity is not the central issue.

The central issue is that God’s will be done. And God, in this situation, certainly willed that the lives of these two men be saved, not that the individuals involved should come up smelling like roses.

Wicked men have no right to the truth in order to carry out their wicked plans and we are under no obligation to give it to them.

It is a disgusting lie to think that we can escort the enemy to a basement in Düsseldorf where the woman and her children are cowering and get our praise from God because we never told a lie.

On the last day, no man will be given the golden handshake for his moral purity. The welcome mat will not be laid out for those who can stand tall and say, “All these things I have done from my youth.”

On the last day, the welcome will be extended to those defending the widow and the fatherless because they trusted, honoured and feared the God of Israel.

It is a common question that stumps many. “What about that innocent

God created man and woman and then entered into communion with them.