Fear has often been used to control a population and any fear will do. Whether it be the fear of man or fear of nature. Enter, the bogeyman. That mysterious miscreant who forever lives to frighten children back into their homes.

Since Cain killed Abel, the fear of man has been relatively easy to understand. But the fear of nature requires a little more unpacking.

Perhaps the most reasonable explanation is the account of the flood in the days of Noah. There, God opened the heavens and destroyed the wicked from the face of the earth leaving only Noah and his family alive.

That event would have quite naturally found its way into the generations that now fill the earth. And so, we find variations of, “Sky-god doom” all over the world and throughout history.

Throw in the fire and brimstone that rained down on Sodom and Gomorrah (something that would not have gone unnoticed by the nations roundabout), and you have a neat recipe for generating myths and legends through which to control an awful lot of people.

From folk tales about Chicken Little, who was hit on the head by an acorn and created mass hysteria by proclaiming that the sky was falling, to Al Gore’s 2008 emphatic declaration (because “science said so”) that the North Polar Ice Cap would be completely ice-free in five years, and we have been subjected to powers designed to bring about despair, self-loathing and demoralisation.

Closer to our own day and we find ourselves taunted by the blood-soaked syphilitic spear of our amoral rulers, all pointed in our direction and threatening us with the impending wrath of mother nature. There are too many babies! Too many people! We’re all going to be cooked by CO2 or killed by an invisible virus or drowned by a rising sea (you would think this would impact coastal real estate prices, wouldn’t you?) We’re all gonna die!

Their fear is justified I suppose. Mother nature does have most of our major cities surrounded. This is why I advocate crazy-paving our entire landscape, complete with BBQ’s every 200 metres which could act as barricades and watchtowers should she suddenly attack.

Again, the fear is justified. Sin brings the judgement of God, whether it’s through the hand and scientific fantasies of wicked men or fire from heaven.

Whether the latest bogeyman is a true threat to our generation or simply greed taking advantage of frightened children, I do no know. But I do know this: The Maldives may go under in judgement and polar bears may or may not run out of north sea ice.

But, and this is my comfort: The earth will remain, and as long as it remains,

…seedtime and harvest, cold and heat, summer and winter, day and night, shall not cease. (Genesis 8:22)

A generation may come and go,

…but the earth remains forever. (Ecclesiastes 1:4)

For the winds are His messengers and flames of fire are His servants. He set the earth on its foundations,

God has provided us with the only antidote to the hysteria. He has given the earth to His Son, Jesus whom he has raised from the dead as an assurance that he who raised Jesus from the dead will also, through Jesus rebuild and resurrect this world, not bin it.

You and I might very well go down for our sins, but the kingdom of God will endure. It will continue to grow and fill the earth – this earth.

Now, some will respond by saying, “But that doesn’t mean we shouldn’t look after our planet”.

A Christian in his right mind knows this and views the earth as representative of his eternal home. Travel the world and where the gospel or its ethics have taken root you will typically find clean streets.

So, go for it. Keep it clean. Be a good steward. But while you are cleaning out your pond, remember that apart from Christ we are just housemaids getting the whole shebang ready for the righteous to inherit (Proverbs 13:22).

When the Laughter Dies
When the Fever Breaks
Dragons
Authentic 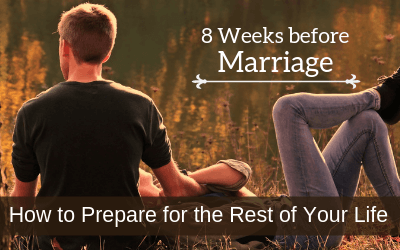 So, here we are in Jericho. Herod the Great, who slaughtered

The perishing of the wicked is no light matter. Hell is what happens