Hide Search
You are here: Home / Who we Are Instead / The High Cost of Mercy
Reading Time: 3 minutes Judgement is easy. Mercy is a nightmare. Hating those who offend us comes naturally, but acquitting the guilty feels like torture. The reason for this is that mercy always comes at the cost of the one granting it.

Forgiving those who are guilty of offending you, while demanding nothing back, is painful. Mercy that is free, unconditional and not predicated on first receiving an apology is formidable. It is capable of breaking the man who extends it, and the man who receives it, on the spot.

Yes, mercy is potent, which is why it also makes a handy weapon.

For those who have a lust for power, mercy can be weaponised as a means of keeping our neighbour in a state of crippling shame.

You know how this works. We say that we forgive, but if the offender steps out of line in the future we can quickly bring up their past sins as a way of putting them back in their miserable little boxes.

This is something we sadly find among families, church communities and friends.

For those who have a lust for money, mercy can also be weaponised as a means of lining our own pockets. In the Middle Ages, this meant fleecing the sheep through the Roman Catholic teaching of indulgences. You pay your way to heaven.

In more modern times, we have the demands for land and cash as a means of paying for the sins of our fathers (real or imagined).

My ancestors stole your ancestor’s corn, freedom, wife, house, donkey, life, etc – all very real sins, by the way – and the only acceptable fix is financial compensation.

The problem with the kind of mercy that demands compensation is that the guilt has to be maintained perpetually in order for the money to keep rolling in.

This has become a favourite pastime of collectivists who share a group grievance based on race, gender, social status and more.

Slavery in the United States is a good example of how this works.

America repented of its slavery some time back. They stopped doing it – the very definition of repentance. In the gospel economy, where there is the fruit of full and complete repentance, all bets are off, all debts are paid.

But, if you reject the free gift of God’s mercy then there is real money to be made and real power to be wrested from others.

The problem (and it is a big problem) is that by withholding real mercy both parties wind up enslaved. One can never forgive and the other can never be allowed to forget.

True mercy brings liberty, which is why the Devil hates it.

Mercy costs the one who grants it. The cost is real and often painful. It means crucifying the offence – and leaving it in the grave. It does not wait for the right kind of apology, the right deed, or the right amount of cash.

While we were yet enemies, Christ died for us (Romans 5:10). 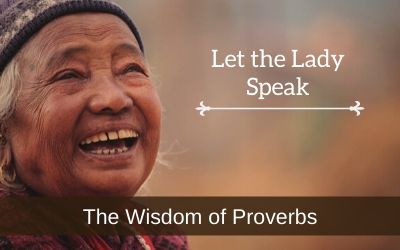 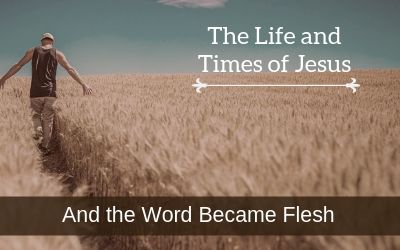 Until now, Jesus has used Capernaum as a base for ministry. He has

Satan was the direct actor in the calamity that cut down Job. Job knew