Hide Search
You are here: Home / Who we Are Instead / The Offence of the Righteous
Reading Time: 3 minutes

I know of a young man who was fined for preaching the gospel (“holding a religious service”) without a permit on a street corner in my hometown. This was not the first time he had been fined and he intends to keep preaching.

What should Christians make of this?

Many of the Christians I know will not side with this young preacher. But while we are clipping him behind the ears, here are a few other things to consider.

First, he should pay the fines.

Preaching the gospel can be costly. Paying these fines doesn’t mean they are just. It simply means he is submitting where he can to the kings of the earth. God will deal with the extortion.

Paying the fines says, “yes, the cost is worth it.” It also removes any reproach.

Secondly, yes, there are other ways for him to preach the gospel.

But, beginning with Abel this is a fine and time honoured means of interrupting those who are sky diving into the abyss.

Third, some will say this is an embarrassment to the church.

I understand this objection. I admit to having a mild squirm when I heard his story. But, since I didn’t hear him I can’t answer the objection that something he said might have been embarrassing.

However, if we are embarrassed we should leave open the very real possibility that our embarrassment is because we don’t want to lose our respectability in the eyes of the world. 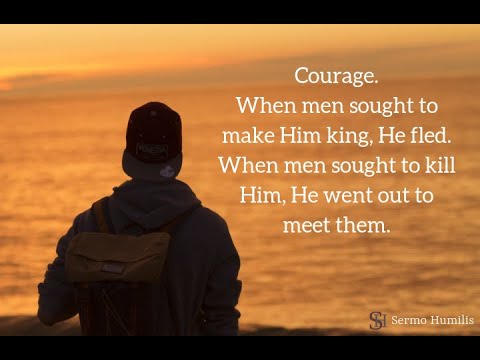 Beyond this, the incident gives us a great opportunity to become reacquainted with the meaning of the word, ‘covenant’.

The police stated that his, “actions were deemed offensive.” There was also mention of, “The Law of the International Covenant on Civil and Political Rights.”

The language here is thoroughly biblical (which means we should be noticing it).

All of life is covenantal. This includes civilian life, which is the point of citizenship. Entry into any covenant requires a standard of righteousness (acceptance and approval). That is to say, the royal nod of the god of that covenant.

To be righteous is to be regarded as “in the right”, approved of, acceptable. On the other side, we have the “wicked”, the unacceptable, the outcast.

The only thing that differs from culture to culture is the standard or law used to declare a person, “in the right”.

The world is not interested in the things that offend Christians because they belong to a different covenant from ours. In their covenant, the believer is the “wicked”.

And when the enforcers of their covenant act, whether it’s burning down a church, or as they acted in the case above, they are acting to protect their own – their righteous –  and punish those they declare, “the wicked”.

For this reason, I am all for encouraging this young preacher, warts and all. He is our brother. God give him wisdom and courage equal to his zeal.

If the world wanted us to keep our household gods in the house they should have thought twice before they crucified our Lord in the street.

Jesus was not strangled in a botched home invasion by a petty thief. He wasn’t pushed down a flight of stairs. Jesus was publicly executed. He stepped into the grave publicly and when He was good and ready He stepped out, publicly.

That makes Christianity a public religion. And, when out in public, we are not called to be popular or lovers of men’s praise. We are called to be faithful to the covenant to which we belong.

We are to take what God has declared, and declare it.