Hide Search
You are here: Home / Life in Christendom / This is My Father’s World
Reading Time: 3 minutes

As a Man, Jesus said some things that startled His listeners. He taught them to trust that He could forgive sins, something only God could do. As the incarnate, infinite and eternal God, Jesus was equally startling in that He was genuinely interested in the amount of wine at parties and in what the sparrows were up to.

This was quite bewildering to His Disciples as were many of His parables. And yet, one of the first things we learn about the parables is that if we don’t understand them straight away, that’s okay.

Those who are not His would not understand His words but those that are His, would (Matthew 13:11).

At first glance, this might produce a mild panic in a young Christian’s mind. I mean, I think I am His and yet I often don’t have a clue what Jesus is saying!

But Jesus says His own would understand.

If that’s you, take heart. The Disciples didn’t understand either.

Shortly after giving the parable of the wheat and tares we have the Disciples (who are His for sure) asking Him to explain it to them; which He does (Matthew 13:36-43).

And here is the comfort for people who worry when they don’t understand some of the things that Jesus says. It turns out, we will understand because Jesus will explain it.

Everything that we need to know is going to be taught to us in His time.

The parable of the wheat and the tares is a good illustration of this.

We don’t need to wonder what it means. It was so important, so necessary, that Jesus told us all upfront. We simply need to believe it and apply it to our world as a trustworthy and bankable word upon which to build our lives.

The Parable of the Wheat and the Tares

This parable teaches us that the coming of Jesus is a time of harvest and judgement for Israel (Matthew13:43; Daniel 12:1-3).

Out of the Chaos of the 1st Century, the people and the Kingdom of God would be revealed. 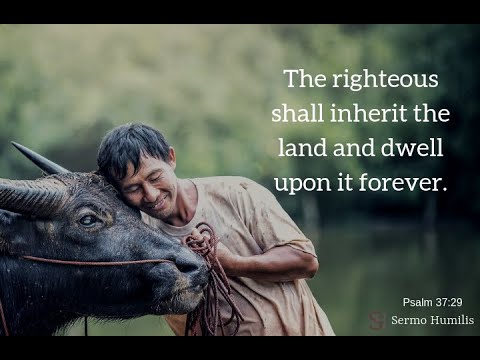 In this parable, we are taught that Jesus is the Sower. If someone hears and receives the Word of God, it is because Jesus has sown it into their hearts.

Digging up Noah’s Ark won’t do it, finding the holy grail won’t do it. If anyone is going to become a child of God it is because Jesus has planted the seed of His Word into their heart.

Secondly, we learn that the field is the world.

This simple statement is worth its weight in gold. According to Jesus, what kind of world are we living in? We are living in a wheat field. Not a tare field.

This is My Fathers World. This world belongs to Jesus. It’s His wheat field. The invader is the Devil and those who insist on upholding his broken and beaten kingdom.

Tares (or bearded darnel) look just like wheat until it is fully grown. It was the kind of thing you planted in your enemies field in Roman days if you wanted to ruin their crop.

In this parable, we learn that judgment is coming. These false sons will be thrown out of the field and into a furnace. On that day, the sons of the devil will be clearly manifest, not by their remorse or repentance, mind you, but by their gnashing of teeth (Matthew 13:41-42).

And who will be left? According to Jesus, it’s the sons of the Kingdom who get to stay and shine in the kingdom of their Father (Matthew 13:43).

Everything described here is earth-bound. It’s tied to historical events on earth. It comes from Heaven, but it all lands here.

This changes everything. When you look out your window, everything you see, as it is now and as it will one day be, is being handed over to the sons of the kingdom by their Father.

This is why Jesus could say that the meek will inherit the earth (Matthew 5:5).

It will be this way because this world is a wheat field being superintended by Jesus who has a day of reckoning planned for its inhabitants.

This is my Fathers world, and, when that day of reckoning comes I want to be left behind.

A sparrow, said Jesus, has a street value of about five cents. And