It is a common question that stumps many. “What about that innocent man or woman living in the deepest darkest jungle who has never heard about Jesus or God or the Bible: Will this man go to heaven?

It’s a great question and my answer would be yes. No doubt about it. That man goes to heaven. He will spend eternity in heaven.

But here’s the problem. That guy doesn’t exist. And by “that guy”, I mean, “That innocent guy.”

All people at all times have had two sneaking suspicions about the world we live in. The first is that there is such a thing as right and wrong and everybody seems to know about it. It’s almost like something is written into the conscience of every human that tells them when they’re doing the wrong thing.

All day long, something is declaring us either innocent or guilty regarding the things we do. And, knowing you can’t get something from nothing, we suspect that there must be something beyond ourselves to which we must give an account.

This is what author Flannery O’Connor once described as being, “Christ-haunted”.

A quick thought experiment will confirm this. Have you ever tossed rubbish on the ground or out of the car window and then looked around to see if anyone was watching?

Somebodies watching. This is our first suspicion.

The second suspicion is that we all seem to acknowledge that there is something beyond death.

Now, I know it’s easy to ignore that when you’re playing poker, but it’s not so easy to ignore when your doctor announces you have bone cancer. It’s not easy to dismiss when you are sitting beside that person and you see the fear in their eyes.

In his book, Eternity in Their Hearts, Don Richardson demonstrates from history how ancient cultures, no matter how isolated, held to two beliefs. One is that they had wandered from God – however, they conceived of Him. The other belief was that someone would come and tell them what to do about it.

Deep down we all suspect there is a God. But, like our red-faced attempts at holding our breath underwater, we work hard to keep the suspicion buried.

Why? Because if there is a God, we know full well that we are not “innocent”. 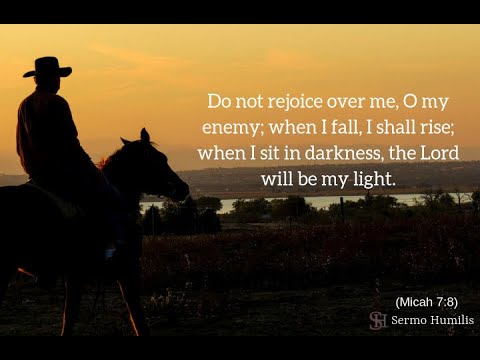 The Trial follows Joseph K. A man accused of an unknown crime, never told the charges, never put on trial, and who never meets his accusers.

A la, the Matrix, he talks with nameless officials dressed in dark coats and fading faces in stuffy, dark, damp and mouldy offices. He lives in a constant but vague dread as his life is gradually consumed with hiding from – or defending himself   –  against the nameless and shady figures who appear out of nowhere to remind him that his fate has been sealed. Josef will die.

He will die for a crime he can’t put his finger on. He tries ignoring the trial, hiring a lawyer and mounting his own defence. Nothing works. Josef doesn’t even know who his accuser is.

His world becomes increasing dark, diseased and despairing. He walks around conscious of an ever-present, but not yet, tap on the shoulder that will end his life.

On the eve of his thirty-first birthday, Josef is unceremoniously arrested by a couple of thugs, taken to an abandoned quarry and then stabbed to death for his unknown crime.

Josef’s world is a world without grace. It is a hostile place against which he has no protection. In his world, Josef stands condemned, waiting for his trial.

In many ways, Josef’s world is our world. But his fate does not have to be our fate.

The God who made the world and everything in it has sent His son Jesus to our defence. Unlike Josef, we have an attorney who can stand in our place and speak to a judge who is eager to show boundless grace to those who call out to Him.

And so Micah the prophet cried out,

Do not rejoice over me, O my enemy; when I fall, I shall rise; when I sit in darkness, the Lord will be my light. I will bear the indignation of the Lord for I have sinned against Him, until He pleads my case and executes judgment for me. He will bring me out into the light and I shall look upon His vindication. (Micah  7:8-9)

Jesus died in our stead so that we might walk free. He now stands in our defence before God, the judge of all the earth.

Our God is a just God. He knows you and you are fully aware of Him. He will not acquit the guilty, but He can and does wipe away the guilt on account of His Son who has borne the penalty for our sin.

Better to come clean and admit that the two of you are not on good terms instead of hiding behind a fig leaf and pretending you didn’t know.

What Marriage is For
What we Call, a Victory
Marvellous in Our Eyes
The Bogeyman

As it was for the new Christian in Corinth, 65AD, so it is for us