Hide Search
You are here: Home / Who we Are Instead / Escape to Reality
Reading Time: 3 minutes

We find it hard to admit that we are not who we ought to be. And so we lie to ourselves about ourselves, and then afterwards, we lie to others. We prefer fantasy rather than dealing with real-world guilt.

There is this story that I carry around in my head. It’s not a true story, but it’s a story that’s hard to escape. It goes something like this:

“I am a good father, I am generous, a good listener and I can beat anyone I meet in an arm wrestle.”

That’s the story I have to listen to sometimes. I have to listen because the narrator is in my head, and even though I can poke holes in the story, if I’m tired, or the stress is high, that voice can easily step forward to re-tell its story in an attempt to hide the nasty truth.

Many of us live with these kinds of stories – these false narratives – running around in our head. We like to paint a better picture of who we are.

These false histories are especially handy at dealing with our guilt or shame, at least temporarily.

The truth around me might charge me with doing wrong – but the story in my head helps hide the sadness that comes from knowing I am not who I ought to be.

It’s possible, I suppose, that if you tell yourself the story long enough you may actually begin to believe it is true. Let’s face it the temptation is there. After all, who wants to feel miserable over who they are?

Your Story: “That marriage, well, it fell apart, but it was nobody’s fault and it all worked out okay….” says the man, five years after deserting his wife.

Reality: Your gambling debts cost you the house, you hit the bottle, your boy is on meth and your abandoned wife and daughter are renting a one bedroom dump. 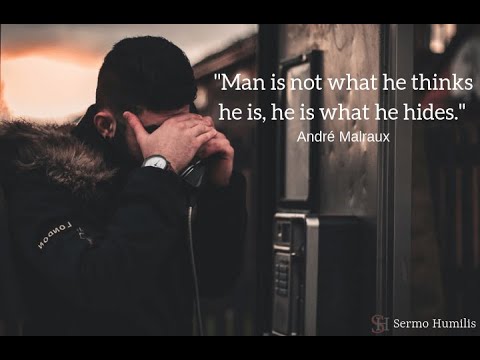 In the face of reality, our false narratives are hard to maintain. Eventually, the real world bares its teeth and bites down hard.

Jesus was encouraged to entertain similar false stories about Himself.

The devil told Him He could have the world at no cost to Himself, that He didn’t have to sacrifice everything in order to gain the world. The devil told Jesus that God was inclined to fetch people who tested His patience by leaping from rooftops. But Jesus knew otherwise.

Jesus rejected the voice that offered a pain-free path to glory. He made the great escape to reality and chose to live and die in the real world because He actually does love the real world.

But that meant being bitten by reality – and the wound was fatal. He died the death we deserved for living a lie so that we might abandon our fantasy and live in the real world without shame and without fear.

But Jesus came to free us from the deadly pleasure of believing our own lies and supplies the courage to walk through the door of the freedom that reality brings. A reality brimming with mercy.

Life with God means leaving behind silly myths and old