You and I are engaged in the ministry of mercy to those who desire mercy and we are to leave room for the mercy and judgement of God for those who reject it. This ministry includes the use of true weights and measures to judge truth and error in our own lives first and afterwards in the lives of those around us.

It also means having the discernment to spot the fool and get out of his way so that when his world begins to crash and he begins to flail about wildly, you will not be underneath.

Jesus begins by teaching the disciples to always judge by equal standards.

Judge not, that you be not judged. For with the same judgment you pronounce, you will be judged; and with the measure you use, it will be measured to you (Matthew 7:1-2)

Judgement is inescapable. You cannot ‘not’ judge. The person who says that you should not judge others has just made a judgement about your actions—in this case, the person judges your act of making a judgement as wrong.

Let that sink in.

Jesus, who is not given to making logical fallacies as we are, anticipates that we will need to make judgements. Here, Jesus is not talking about eternal judgements. “Judge not, lest you be judged”, does not mean that if I go easy on another man’s adultery, God will go easy on my theft and envy.

“Judge not” has to do with our tendency to write other people off. Jesus says don’t do that. Avoid pronouncing your condemnation over others.

The question here is not whether we will judge, but, “By what standard?” Jesus says that the measure or standard we use on others will also be used on us. 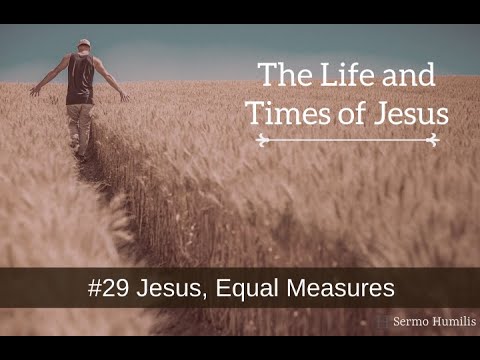 The fact that Jesus acknowledges the inescapable reality of judgement (or discernment) is demonstrated in the very next verse.

There, Jesus not only acknowledges that we are making judgments but goes on to tell us how to judge properly.

Such a man knows the discomfort of specks because he has already identified similar timber, of log-like proportions, in his own eye.

You cannot escape judgement. Without a godly standard by which to judge ourselves and others, we are left with the horror show of those who execute judgement on themselves.

The purpose of our judgements—made impartially and according to the law—is mercy, not condemnation. For we who are in need of so much mercy, mercy is the goal—always the goal.

Jesus expects His disciples to discern the difference between brother and not-brother (Matthew 7:3), between a speck and a plank ((Matthew 7:5), and, between a dog and a pig.

Do not give dogs what is holy; do not throw your pearls before swine. If you do, they may trample them under their feet, and then turn and tear you to pieces (Matthew 7:6)

In order for you to fulfil this command of Christ, you have to be able to identify swine. You have to able to judge between swine and not swine. And that is something that is easy to do.

We are called to make a distinction between those who doubt and those who scoff (Matthew 5:44-45). We do that by giving them the gospel. If they start snorting, you know what you’re dealing with.

And so, we walk away and leave room for God’s judgement and praying that they will not continue their downhill run into the sea but turn to God and find mercy.

The fool despises wisdom and discipline. But this not what made him a

A bruised reed and a smouldering wick. These words, taken from Isaiah