Jesus received sinners and Israel’s shepherds, the Pharisees, didn’t. In their defence, the law of God does tell us to steer clear of certain sinners and it tells the unclean to steer clear of everyone. The problem is not with the law, but with shepherds whose eyes are always on the fences (Luke 15:2) and never on the gates.

What man of you, having a hundred sheep, if he has lost one of them, does not leave the ninety-nine in the open country, and go after the one that is lost, until he finds it? (Luke 15:4)

The point of the parable, says Jesus, is not the value of the sheep but the value of repentant sheep. Lost sheep who have come home.

Just so, I tell you, there will be more joy in heaven over one sinner who repents than over ninety-nine righteous persons who need no repentance. (Luke 15:7)

Losing your sheep is never a good thing. Not bothering to go and find those that you’ve lost is a scandal.

Ah, shepherds of Israel who have been feeding yourselves! Should not shepherds feed the sheep?… The weak you have not strengthened, the sick you have not healed… the strayed you have not brought back, the lost you have not sought… My sheep were scattered… with none to search or seek for them. (Ezekiel 34:2-6)

In the parable of the lost coin, the focus is again on repentance and the subsequent joy and feasting on finding what was lost.

It seems that the Pharisees were unable to rejoice at the sight of repentant sinners coming through the gates and into their midst. They saw the uncleanness and perhaps even the unfairness, but not the repentance, as the next parable will show. 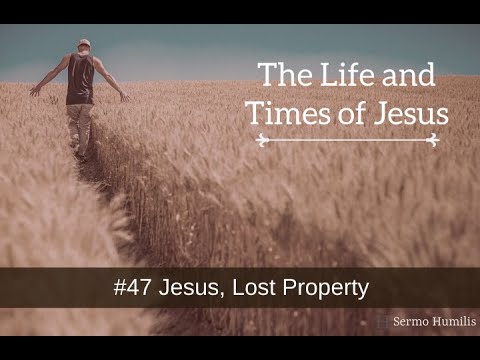 In the well-known parable of the Prodigal Son, the younger son, having squandered his inheritance on immorality and selfish pleasure, comes to his senses and is welcomed back into the fold by his father.

But the older son is not happy with the hoo-ha and so the father chastises him for his envy,

It was fitting to celebrate and be glad, for this your brother was dead and is alive; he was lost and is found. (Luke 15:32)

Like the two previous parables, the pattern is one of death and resurrection, culminating in a celebration and a feast.

The older son is like the 99 sheep and like the Pharisees back at the start of the chapter who see no need to repent. They boast that they aren’t lost.

One of the reasons I suspect we love these parables and are so familiar with them is that they speak to our deep longing for welcome and acceptance by those in authority over us.

All of which points to our great desire to be found acceptable to God.

In the first two parables, the central figure is the one who goes looking. In the third, while the central character is the repentant son, everything hinges on the Father’s welcome.

And we are welcomed. We are longed for, searched for and our Father rejoices over us.

There are some, like the older brother, who are invited to celebrate the welcome but won’t. They won’t because their eyes are centred on getting what they suppose we deserve.

In the end, those who focus on their own virtue and are no fans of undeserved mercy are left outside looking in, while the sinner, the lost, the prodigal, are inside the Father’s House rejoicing.

Jesus, Your Reward
Jesus, Impossible Commands
Jesus, What Money is For
Jesus, Look and Live

The Hogfather, a movie based on a novel by Terry Pratchett, tells the