Hide Search
You are here: Home / The Life and Times of Jesus / Jesus, Leaving Egypt Behind
Reading Time: 3 minutes

In John 5:1-14, Jesus, having completed a tour of Galilee, returns to Jerusalem for a feast, most likely a Passover. The previous Passover wound up in a scuffle with the Jews for trashing the temple.

Here again, He will come into conflict, only the heat has gone up a notch. Now they will want to kill Him. Arriving in town, Jesus comes to Bethesda and to a Colonnade with a pool by the sheep gate.

Water is a popular symbol in John’s Gospel. Each time, the symbol represents a transition or baptism of some sort.

And now, by a pool of still water, Jesus would take a lame man and make him whole.

Amidst this hot, dirty and crowded place there was a man who had been crippled for 38 years. There he lay, day after day, hoping that an Angel of the Lord would come down and stir the water so that he might get in and get healed.

Perhaps you have done this. You’ve sat waiting for a sign from heaven on which woman to marry, which car to buy, or in the hope that the mess in the kitchen, or the marriage, would be mysteriously cleaned up.

Perhaps you are waiting around for a more convenient season before you jump into the deep end and follow Jesus, which is what makes Jesus’ question so important.

Israel had once been faced with a similar question. Having been rescued from slavery and on the edge of victory, they were now refusing to go in and take the Promised Land (Numbers 13:31).

Instead, they decided that being a down-trodden slave in Egypt was a better deal (Numbers 14:2).

And so, from Kadesh-Barnea to the brook at Zared, Deuteronomy 2:14-16 tells us that God consigned Israel to 38 years of wandering.

After 38 years they found themselves standing at the water’s edge in Zared, ready to cross over and do battle with the Amorites.

But did they really want to do battle and enter the Promised Land or would they rather limp back to Egypt? 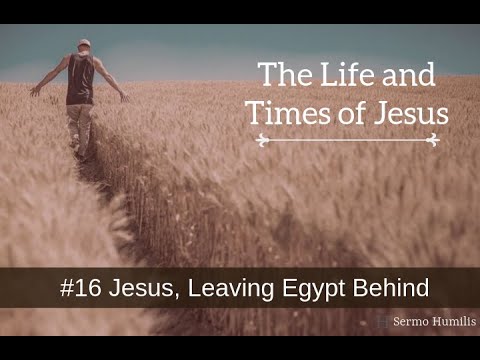 Back to Jesus and, having healed the man by the water’s edge, He heads to the temple. There He would do battle with some new Amorites (John 5:16-18); unbelieving Jews who would soon suffer the same fate as the old Amorites.

Finding the healed cripple in the temple, Jesus says, “See, you are well. Sin no more that nothing worse may happen to you” (John 5:14). What his sin was or how it was connected to his crippled condition is a thing left unanswered.

Some people want to keep a foot in both camps. Some people are happy to be known as Christian, but they still want to party in Cairo.

Like Israel, this man, having limped about for 38 years was now healed. Nobody notices because they are all looking up, waiting for a miracle that was standing right in front of them.

Some people are like that today. They’re looking up and wondering why they aren’t seeing any miracles. They think that such miracles should appear as constant evidence of God’s presence and so they try and whip up their own Sinai, complete with thunder, lightning and voices from heaven.

The truth is that throughout history we have seen very few periods of miraculous wonder. They are the exception and they were given when exceptional evidence was needed to authenticate those God had sent (Luke 5:20-24).

Moses and Aaron, Elijah and Elisha, Jesus and the Apostles. Outside of this, miracles on a grand scale are rare.

And so, even toward the end of the Apostle Paul’s ministry, which had been authenticated with a truckload of miracles, rather than send Timothy a miracle hanky for his stomach ache, he simply recommends a glass of chardonnay.

And yet, if we have eyes to see it, you and I are witnessing far greater things than any miracle-hanky event. We see God making new men out of wrecked ones.

We see God taking the broken, the bitter, and the bent, and making them whole, and more often than not, doing the whole miraculous thing in a whisper.

Jesus, A Friend in High Places
He Shall be Their Peace
Jesus, Desolation and Deliverance
Jesus, Makes Clean

You and I are dying. From the moment we are born, we are dying. Every