Hide Search
You are here: Home / The Life and Times of Jesus / Jesus, Holding the Sceptre
Reading Time: 3 minutes

Now Jesus stood before the governor, and the governor asked him, “Are you the King of the Jews?” Jesus said, “You have said so.” But when he was accused by the chief priests and elders, he gave no answer. (Matthew 27:11-12)

In all four Gospels it is made explicit that it was the testimony of the chief priests and elders and not the verdict of the Pilate that led to the crucifixion of Jesus.

In all four gospels, Pilate finds Jesus innocent and seeks to release Him but the priests say no. Moreover, Jesus will answer Pilate but does not reply to the accusations made by the priests or elders.

Isaiah tells us why.

Yet it was the will of the Lord to crush him; he has put him to grief; when his soul makes an offering for guilt… (Isaiah 53:10)

Jesus was quietly taking Himself off to the cross as an offering for sin.

Like Moses, Elijah, and John the Baptist, Jesus could become confrontational. The zeal within was cut loose when Jesus trashed the temple, crash-tackled the Pharisees, and drove Jehu’s chariot through a mob of hard-hearted Scribes (Matthew 23:24, 2 Kings 9:20).

Yet here, standing before a barrage of false and damning accusations, Jesus remains silent.

Our witness should be governed by similar principles.

When the Canaanite priests were throwing their little ones into the fires of Moloch, Israel was not called barricade the ovens. They were called to step away from the madness.

There will be times when we are called to speak up, loud and clear, with no apologies. At other times, where the culture is hell-bent on destroying themselves, we may need to simply and silently wave goodbye to our stuff and get out of Sodom.

That was the culture of first-century Jerusalem. They preferred to walk the streets with a notorious murderer in Barabbas (Mark 15:7) than with the Shepherd of Israel. And so, being the Passover and having the opportunity to see one of their own people released from prison,

…the chief priests and the elders persuaded the crowd to ask for Barabbas and destroy Jesus. (Matthew 27:20) 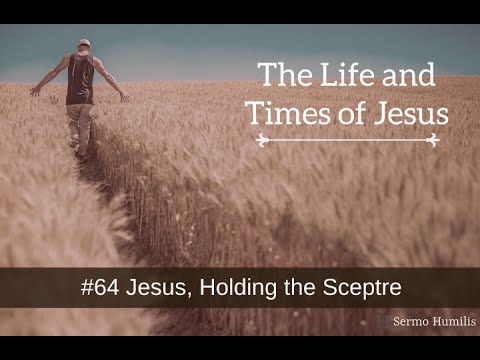 God, speaking through Pilate, gave the Jews a choice. They could go the way of revolution in Barabbas or the way of reconciliation in Jesus.

Pilate declares Jesus’ innocence and washes his hands of the blood of Jesus (Matthew 27:24). This kind of ritual is mentioned in Deuteronomy 21:1-9, where the elders of a city with an unsolved murder would wash their hands and lay the guilt of the murder on a heifer.

For their part, the mob standing before Pilate (and who are now beginning to riot) accept the blood of Jesus upon themselves and their children (Matthew 27:25).

And so, Jesus is handed over to a battalion of Roman soldiers to be mocked in worship, beaten, and crucified.

When Jesus spoke about loving our enemies and going a second mile, He was teaching His disciples how to respond to sometimes brutal overlords.

Jesus predicted that His disciples would be “delivered” to Gentile kings and governors and called to testify also (Matthew 10:17-20). But it happens to Jesus first.

Jesus would be the man mocked, deliberately misunderstood, and beaten. But He would also be the man robed as a king, wearing a crown and holding the sceptre before which both Jew and Gentile would ultimately bow down.

This is the man we are calling others to come and see.

We are not inviting the world to join a sect, a revolution or even a Christian community. If that is all we are urging, we ought not to be surprised if they shrug us off with indifference and move on.

But we’re introducing them to Jesus Christ. We’re urging them to look and see Jesus – Lord and King – who laid down His life to atone for sin.

We are instructing them to lay down their weapons and their madness and come to Jesus where they will find rest for their souls.

Jesus, Little Ones
Jesus, A Ransom for Many
Jesus, The Priesthood
Jesus, Light of the World

The Early Church had plenty of conflicts. There was conflict within

As I contemplate the unremarkable fact that the climate changes, or