Hide Search
You are here: Home / The Life and Times of Jesus / Jesus, Desolation and Deliverance
Reading Time: 3 minutes

The basic assumption of first century Israel was that when the Son of Man came He would destroy His enemies and that this would be great cause for celebration. The problem was, Israel had become that enemy.

For Israel, the first century was filled with expectation and longing for the Kingdom of God. We don’t just read about it in scripture, but in the writings of the Rabbi’s and Jewish historians in the years leading up to the arrival of Jesus.

In Luke 17:20-37, Jesus addresses this expectation and warns His listeners that the coming kingdom is not going to be the parade they think it will be.

The ‘Day of the Lord’ and, the ‘Days of the Son of Man’ are expressions filled with meaning, both terrifying and comforting.

The coming of the kingdom and the Day of the Lord was a Day of Judgement.

Jesus warns the disciples about what these days will be like, and how they should conduct themselves in light of its certainty.

He does it by hauling out the history of God’s activity in the days of Noah and Sodom.

Just as it was in the days of Noah, so also will it be in the days of the Son of Man: People were eating and drinking, marrying and being given in marriage, up to the day Noah entered the ark. Then the flood came and destroyed them all. (Luke 17:26-27)

It was the same in the days of Lot: People were eating and drinking, buying and selling, planting and building. But on the day Lot left Sodom, fire and sulphur rained down from heaven and destroyed them all. (Luke 17:28-29)

Nothing wrong with that, but they were doing these things without thought for the direction their appetites were taking them. And when they realised, it was too late. 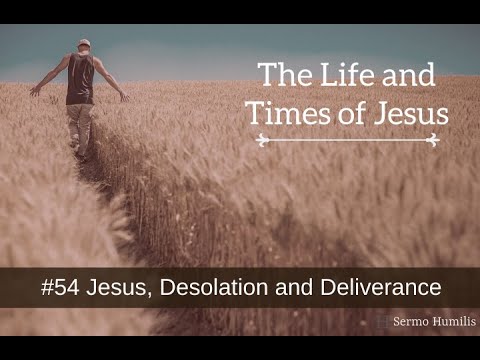 Throughout scripture, when God comes to His people, it is to remove the wicked and sustain the faithful.

The faithful always get to stay or return. The unfaithful are locked out, swept away, taken down.

That’s what was going on in Noahs’ Day, and that, Jesus says, is what it will be like when He comes in judgement upon a faithless people. ( Luke 17:34-35)

Those things which hurt, hinder and destroy will be swept away, removed, plucked up and thrown into the fire.

Don’t look back with longing glances over what is being swept away. Salvation will come to those who look ahead. Who look forward. Who look to Jesus.

For Israel, this ‘Day of the Lord’ would bring to an end the Old Covenant world. All the blood of the prophets and apostles would be required of that generation.

Trying to cling to the old world would be disastrous (Jeremiah 38:2).

What is it you are not willing to let go of? What losses are you willing to suffer for the sake of the Kingdom?

Suffering is the way this war is won.

We lose our life now, that we may gain it for all eternity. We may be wronged, defrauded, mocked and persecuted for His names sake now, so that we can receive an eternal weight of glory when He comes.

We let go of the little gods of this world and without looking back we soldier on with Christ, suffering with Him outside the tents of popularity now so that in the end we may be welcomed into eternal dwellings.

For those who insist on clinging to the crowd, the end is horrible beyond comprehension. For those who lose their life, they will find it at the resurrection, in Christ.

Jesus, A Ransom for Many
Jesus, Seeing is Believing
Jesus, Proof of Pardon
Jesus, Numbering Our Days

The Chief Priests condemned Lazarus to death. Why? Because Lazarus was

The Christian faith is not a complicated faith. Repent and believe the

The gospel calls us to maturity, to complete manhood. It's written in