Hide Search
You are here: Home / The Life and Times of Jesus / Jesus, Numbering Our Days
Reading Time: 3 minutes

The tower of Siloam had fallen and killed many. Pilate had slaughtered Israelites and mixed their blood with Jewish sacrifices. The hot-take on the streets of Jerusalem was that the men who had died must be extraordinary sinners and that their deaths were God’s judgement on them.

Jesus said the true meaning, which the people should have figured out, was that these deaths were a taste of judgement to come on the whole city of Jerusalem.

…but unless you repent you will all likewise perish. (Luke 13:5)

The crowds were able to figure out tomorrow’s weather, but they had failed to properly interpret the present time (Luke 12:54-56).

The people of Israel, whether they liked it or not, were on the way to the magistrate. Did they not see this? If so then now was the time to settle all accounts and avoid being dragged before the judge and thrown into prison (Luke 12:57-59).

The fig tree had failed to bear fruit and would be given one more season. After that, it would be cut down (Luke 13:6-9).

From these passages, it seems Jesus wanted the multitude to analyse their situation and learn something from the disasters that were already taking place. If they thought Pilates atrocities were horrific they should be prepared for something far worse.

And that was precisely what happened. Israel had read the signs but misread the story and so many perished in unimaginable horror.

And this is why we are well past the time for puppet shows, fog machines, dress-ups and ministers mincing around on stage with funny little hats for the amusement of children and adults. 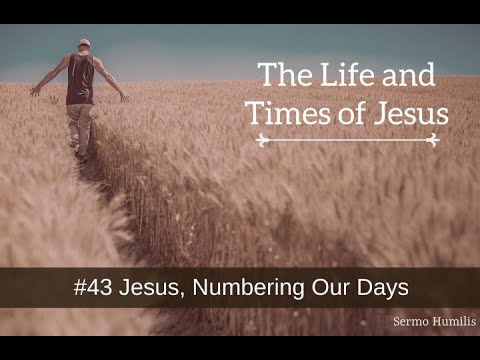 C. S Lewis had something profound to say about this. Something we should take to heart.

Given the Tales of Narnia, we might be tempted to see Lewis as little more than an entertainment writer for children. But entertaining others with the gospel was the last thing on his mind. Lewis was into deep joy and serious gladness, and the same should be true of us.

“It is hardly possible for us to think too often or too deeply about the glory of our neighbour”, said Lewis,

It is a serious thing to live in a society and remember that the dullest and most uninteresting person you talk to may one day be a creature which, if you saw it now, you would be strongly tempted to worship, or else a horror and a corruption such as you might meet only in a nightmare.

All-day long we are helping each other to one or other of these destinations. It is in the light of these overwhelming possibilities, it is with the awe and the circumspection proper to them, that we should conduct all our dealings with one another, all friendships, all loves, all play, all politics.

There are no ordinary people. You have never talked to a mere mortal. It is immortals whom we joke with, work with, marry, snub, and exploit—immortal horrors or everlasting splendours.
(The Weight of Glory, pp. 14f.)

As His people, Jesus calls us to read the story we are in correctly; to understand our times as merciful warnings and walk accordingly. To move ourselves and others from superficial living to serious joy. From panic to contentment and trust – and from guilt to genuine repentance.

Jesus, to the Ends of the Earth
Jesus, Little Ones
Jesus, Look and Live
Jesus, Bring Your Friends