The Pharisees had a big problem. Their traditions were so intermingled with the law that they could no longer tell the two apart. And so, when Jesus came and re-issued the law, minus their traditions, it looked like blasphemy and hard words.

Jesus came to fulfil the law and the prophets, which He did. But this did not remove the great principles. These still stand.

The word ‘fulfil’ also means to teach (Colossians 1:25). And so Jesus will go on in this passage to do exactly that. He will teach.

In doing so, He will bring the Word of God out from under the rubble of Jewish tradition so we can all have a good look at it.

And one of the things that Jesus will lead us to see is that the law is a matter of the heart.

The Scribes taught that only actions mattered. Jesus taught that the thoughts of the heart were just as sinful.

He also taught that what goes on in the heart tends to bubble to the surface and corrupt those around you. Your sins are not private. Your sin advocates sinfulness. He who sins teaches others to sin by example (Matthew 18:6-7).

Each of these sayings of Jesus, about murder, divorce, oaths, etc, begin with a variation of, “You have heard that it was said (by the Scribes) “But I say….”, which is then followed by a correction.

So, taking one of the great principles of the law—love for neighbour—Jesus applies it to the particular case of murder, and not only to the external act but to the depths of the heart. 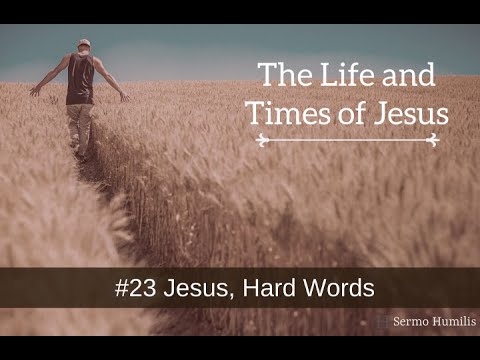 Anger is a precursor to murder (Genesis 4:7).

The problem began way before we opened our mouth or clenched our fist because the problem lay deep within our heart. And one of those problems is our appetite for vengeance.

You have heard that it was said, ‘Eye for eye and tooth for tooth.’ But I tell you not to resist an evil person. If someone slaps you on your right cheek, turn to him the other also; if someone wants to sue you and take your tunic, let him have your cloak as well… (Matthew 5:38-40)

An “Eye for an eye, a tooth for a tooth” was given to Israel’s magistrates as an instruction on how to execute justice (Exodus 21:25). It was not a green light given to the guy on the street to seek revenge.

The purpose of this law was to keep revenge in check. The principle is: Don’t exact more than what you ought”. Justice is to be fair and in proportion to the crime. But this was turned by the Jews into, “ If he takes your sheep, go and kill his entire herd.”

The Christian man has a different nature. If you’re struck, take it. If you suffer wrong on account of the gospel, count it all joy (Hebrews 10:34).

These are hard words. But no amount of fiddling with the law or ignoring the matters of the heart will remove their force.

If our hearts were a slab of concrete—which they are—and we wanted to keep them that way, our desire to have them caressed with a feather duster would exhibit no love of tenderness.

The one who really wanted a tender heart would be calling for the jackhammer of God1.

Is not My word like fire, declares the Lord, and like a hammer that breaks the rock in pieces? (Jeremiah 23:29)

Jesus, Sons of Jonah
Jesus, The Image of God
Jesus, A Fisher of Men
Full of Grace and Truth

The Bible teaches, and the ten commandments affirm, that since God is

In April 1831 Charles Simeon, was asked by his friend Joseph Gurney,

It was during the Irish Potato Famine, of the mid 19th century that