As Jesus heads toward Jerusalem, the heat on Israel intensifies. Jerusalem has become a haunt of Jackals and unclean birds and upon that generation would come the blood of all the prophets that had been sent to her.

But, among the wreck and ruin of humanity in Israel, there are still precious gems and Jesus’ mission is to go out and find them.

And among those gems are some unlikely faces. Prostitutes, widows, infants, tax collectors, fishermen, and other riff-raff alongside the wives of ruling elders and Jewish officials.

Imagine a church full of such people. Would we expect it to be a tidy place? A sedate, predictable, or uneventful place? Not at all. When you get these kinds of people together, expect a bit of a mess.

Nit-pickers get worked up about these kinds of people because they just aren’t show-worthy. They don’t look good on the brochure.

In the account of Zacchaeus, we meet such a man. A man who would not be liked by his countrymen. As far as they are concerned, this guy has sold his soul to the devil. He works for Rome to rob his fellow Jew.

Nevermind that he may well have been giving to the poor in private in wonderfully generous ways—which the text may even suggest. Still, he is outside the social square. He is not among the cool kids.

Even the Disciples had trouble with this kind of thing as we see in their attitude toward the mum-and-bub club of Luke 18.

There, while mums are bringing their little ones to the welcoming arms of Jesus, a rich young ruler who had been keeping the law, and on all accounts appeared blessed by God, finds himself on the wrong side of history.

Why? Well, if the narrow gate were likened to the eye of a needle, and one needed to pass through that needle to get into the kingdom, this guy just won’t fit. Too much luggage.

“Who then can be saved?”, ask the Disciples. Well, what happens next to Zacchaeus fills out the answer that Jesus gave. “What is impossible with men, is possible with God.” 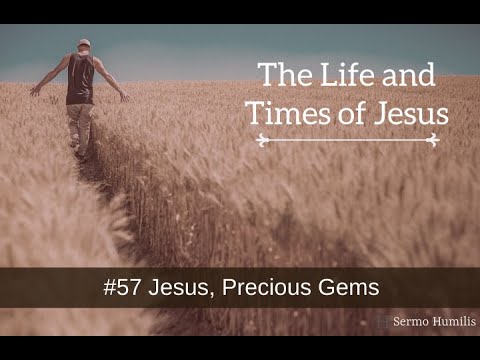 It is possible to make it through to the other side of the needle. But you are going to have to love and rejoice in what’s on the other side more than your stuff.

And that’s Zacchaeus. A “little one” willing to leave his old life behind.

As Jesus passes by Zacchaeus, who has climbed a tree so he can get his head above the crowd and see Jesus for himself, Jesus looks up and says,

Zacchaeus, hurry and come down, for I must stay at your house today. (Luke 19:5)

Note the urgency. Zacchaeus has today. And so, climbing down the tree, Zacchaeus doesn’t just follow, he follows joyfully.

What follows is a banquet, but not everybody is happy about the guest list. There are grumblers at this party who don’t like the kinds of repentant people Jesus is mixing with.

Unlike our watery attempt at repentance, Zacchaeus does not stand up and say, “Behold, Lord, I’m willing to make a donation to your ministry and I am really sorry if I robbed anyone …any theft is deeply regrettable.”

No, Zacchaeus understood actual repentance far more than many of us modern Christians do.

Behold, Lord, the half of my goods I give to the poor. And if I have defrauded anyone of anything, I restore it fourfold. (Luke 19:8)

Here, the impossible happens. A  camel is brought safely through the eye of the needle. And so Jesus declares,

Today salvation has come to this house, since he also is a son of Abraham. (Luke 19:9)

Because having seen Jesus, having heard Jesus and encountered Jesus, we are suddenly swamped by a superior affection. An affection that makes our money and our stuff look like the bottom of a pig farmers boot.

Zacchaeus wasn’t saved because he got his works in order. His works were put in order because Jesus came to his house. And having met Jesus, Jesus now means more to Zacchaeus than anything else.

His works and his money followed the direction of his new affection.

Want to know what a man treasures? Never mind what he says, just follow the money. For where your treasure is, there your heart will be also.

Jesus, Impossible Commands
Jesus, The Harvest
Jesus, A Ransom for Many
The High Cost of Mercy